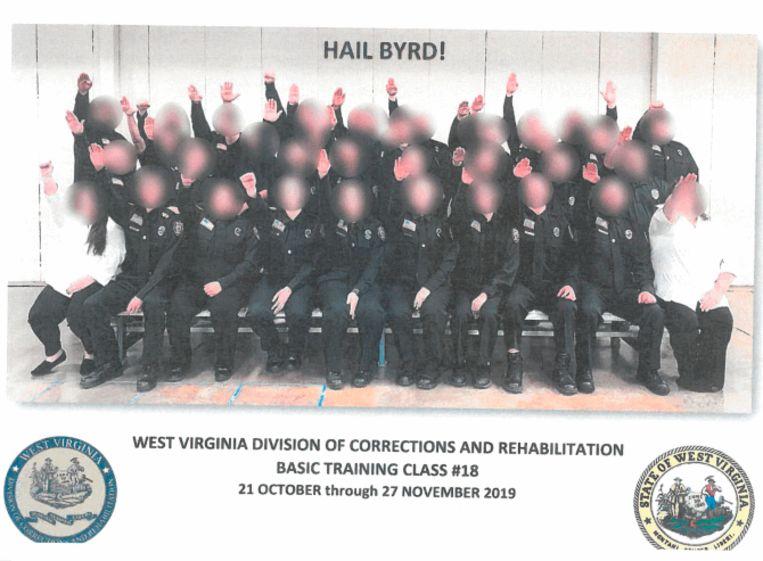 Thirty correctional officers have been fired in the US state of West Virginia because of a photo on which they are giving a Hitler greeting. That was announced by the governor of the state of Jim Justice.

It would be a joke about their supervisor, and they called her name (Karrie Byrd) instead of that of Adolf Hitler. “I will never accept this kind of behavior in any government organization under my care,” Justice responded to the incident.

The manager himself saw no harm in it.

“People of different origins and with different skin colors are photographed and they all do the same,” she said to a prison employee.

“They do that because I’m hard, just like Hitler.”

Research shows that the students’ actions came from ignorance. They have now been fired because of the image damage suffered.