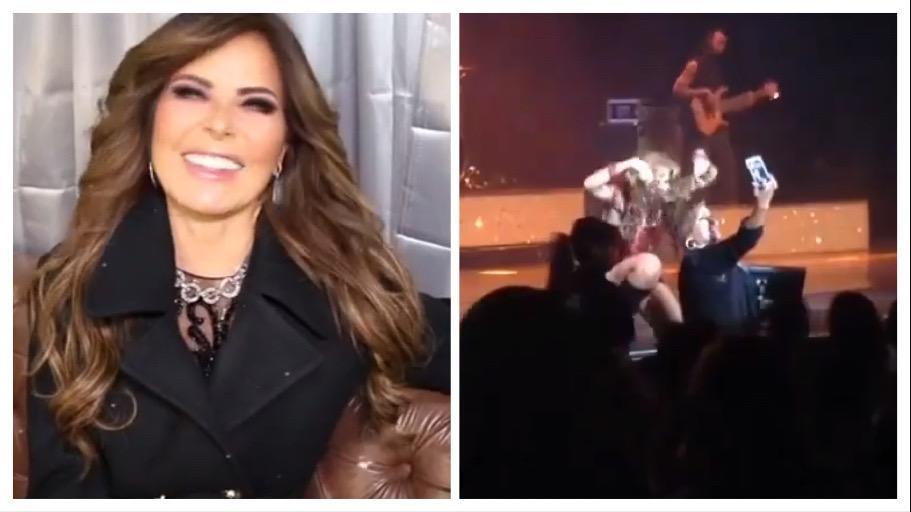 One of the most beloved singers in Mexico, Gloria Trevi, on her recent presentation, caused shame to her fan, who was disheveled in front of the audience. Fortunately, it wasn’t a fight, as you may think, but a comical accident that caused the singer’s laughter while offering her show.

Gloria was giving the best moment to her audience. Suddenly, a fan, who is in the front row, asked the singer for a selfie; Trevi accepts and, as her fan approaches, she incidentally pulls the woman’s ponytail – a wig that simulates more hair.

The situation creates a laughing moment from the audience, of which the victim continued to take the emotional selfie. The singer immediately apologized to the woman for the embarrassment, she then hugged and kissed her on the cheek and then continue with the show.

The clip was shared on Instagram by La Mana Mx, an account for the news of the show. The video has obtained more than 9 thousand shares and comments in which those of a comic nature stand out.

“It is amusing but also, I do not want to imagine the shame that Senora Gloria Trevi felt for having taken off her wig.” “Forbidden to bring wigs to the concert! Jajajaj,” a follower comment.

Although the situation was painful, Trevi showed her professionalism, although she and the people could not stop laughing.