Two topless Femen activists have been hit by the US president Donald Trump today as he drove past the Armistice commemorations in Paris. The security services could immediately pick up the women.

The parade with the cars of sixty state and government leaders drove past the Champs-Elysées when the two activists jumped over the crush barriers just as the car passed Donald Trump. The half-naked women had written the message ‘hypocrisy’ on their breasts. They could immediately be picked up by the security services. A third woman tried the same thing later. She too was arrested.

Earlier this morning, three Femen activists had protested at the Arc de Triomphe. They had painted the message ‘Fake peacemakers, real dictators’ on their breasts and chanted the slogan ‘Welcome war criminals’. “France celebrates peace here, but half of the invited heads of state are responsible for the majority of the conflicts worldwide”, one of them said afterwards.

10,000 agents
The security measures in and around Paris are however draconian. France is deploying about 10,000 agents, soldiers and snipers for the security of dozens of heads of state and government leaders present. Several streets near metro stations and the Champs-Elysées are closed all day.

This afternoon another demonstration is planned against Donald Trump. The police may expect riots there. 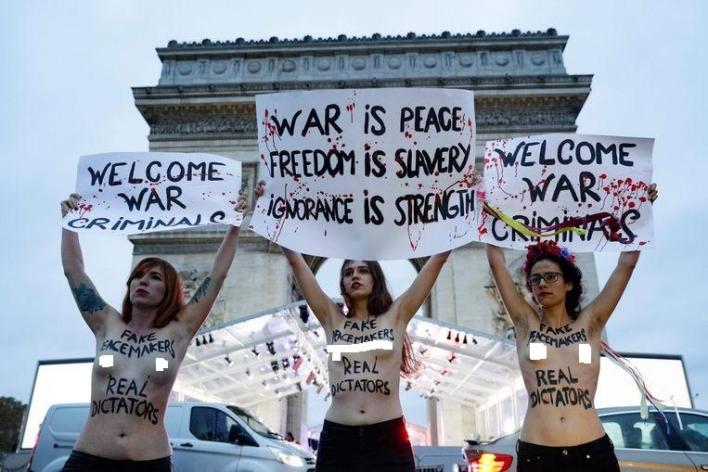 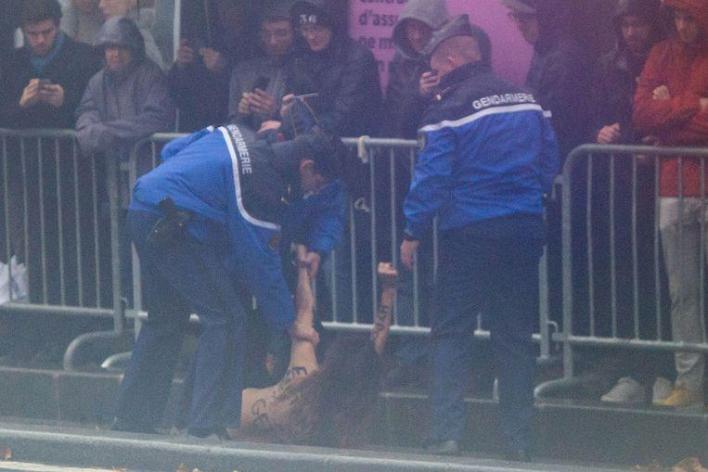 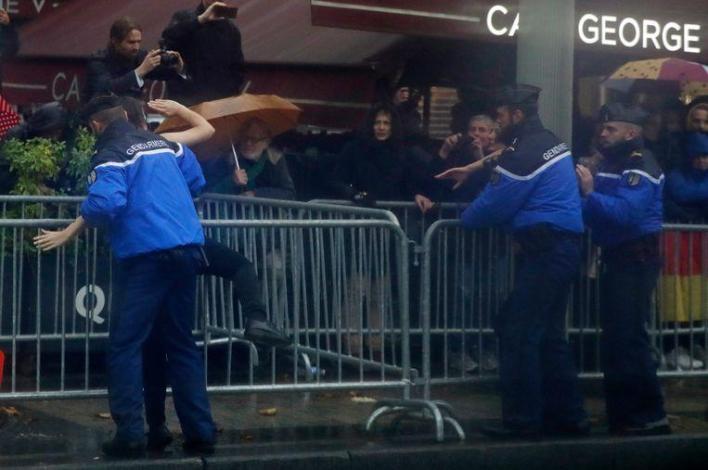 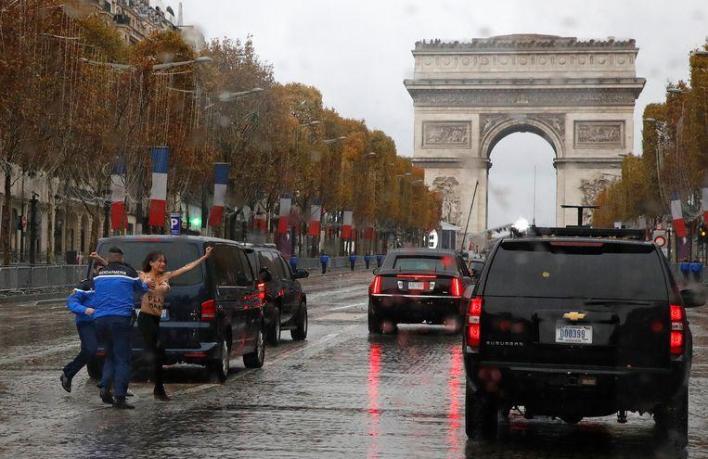 Taliban demanded the resignation of the Afghan president