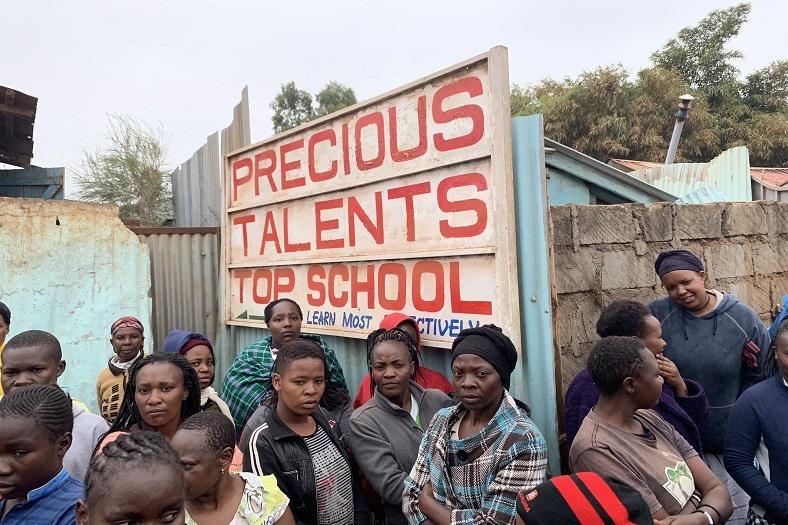 At least seven people were killed and dozens injured after a school building collapsed in Nairobi.

At least seven children died after a classroom collapse in a primary school in Nairobi, the Kenyan capital. The wooden structure of the Precious Talent Top School collapsed just minutes after the start of the school day on Monday.

Dozens of people were injured and transported to the city’s hospitals. Emergency services are on the scene of the tragedy. The rescuers reportedly had difficulty getting to school because of the large crowd that gathered nearby.

“So far, we can confirm that we have seven dead and 57 others are hospitalized,” a government spokesman told reporters outside the Dagoretti school.

The school principal, Moses Ndirangu, attributed the collapse to the construction of a nearby sewer line, which he said may have weakened the building’s foundation.

The incident occurred shortly before 7 a.m. local time (4 a.m. GMT), and dozens of children were quickly evacuated from the scene. The Kenya Red Cross Society has transferred children to the Kenyatta National Hospital.

Angry residents complained about the slowness of emergency response teams, according to BBC correspondent, Ferdinand Omondi of the BBC in Nairobi.

Social media images show hundreds of residents gathered around the site as rescuers search the rubble. Books, desks and chairs are visible among the debris. The government has opened an investigation into the cause of the accident.