The host of the reality show of BBNaija 2020 is Ebuka Obi-Uchendu. Ebuka was the former housemate of the show in 2006, and he has hosted it for the last three seasons, which is: See Gobbe, Double Wahala, and Pepper Dem.

Big Brother Naija season 5 reality show will be different from the previous one because of the pandemic that still stops some activities in the country. According to the organizers, the name of the titles and the number of the housemates will be disclosed during the live lunch show that will kick off at 7 PM local time.

What to expect on Big Brother Naija season 5

The new housemates will observe social distancing due to no clearance for related medical conditions, which include Covid-19.

During the ten weeks in-house, Big Brother will assign housemates with different tasks that will involve team play that Big Brother knows, and every housemate needs to find out.

Some of the well-known rules for the house include; housemates won’t get any contact with the outside world, no violence, and nomination of a fellow housemate for eviction usually compulsory.

Gush! Shower hour has been eliminated for season 5, announced by the organizer, and no guest will be accepted inside BBNaija house or make contact with the housemate for this particular season. The audience for live eviction show also canceled.

However, the host, Ebuka, will present the Sunday live show on an empty studio and cross it live inside BigBrother house.

To keep your favorite housemates or to win the reality show, fans must vote. And the four ways you can cast your vote include; SMS, Mobile site, Desktop website, MyDSTV, or MyGOtv APP for subscribers only.

How can I watch Big Brother Naija season 5

What is the prize for the winner BBNaija 2020

However, the ten weeks of the BBNaija involves different dramas, romance, Friday night games, and the famous Saturday parties. The Big Brother Naija reality TV has produced various celebrities since the beginning of the reality show in 2006.

New ocean will appear carving out small continent from Africa

In Nigeria, a classroom transformed into a henhouse 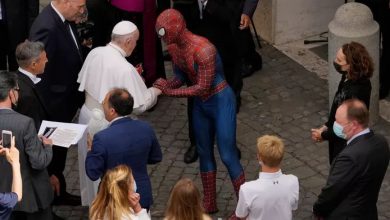