Former Deputy Minister of Justice, university professor and lawyer, Mr. Kamto has accepted his nomination as a candidate by his party, the Movement for the Renaissance of Cameroon (MRC), gathered since Friday in Congress.

Created five years ago, following the resignation of Mr. Kamto from the government in 2011, the MRC, chaired by Mr. Kamto, has a member of the National Assembly and municipal councillors in several cities in the western regions.

The MRC, which advocates economic “social-liberalism” and insists on the seizure of power “by the ballot box only”, is described by the press as a moderate opposition party.

Paul Biya, 85, in power since 1982, has not yet announced his intention to run for another term, but his party presents him as his “natural candidate”.

On the side of the opponents, another lawyer, Mr. Akere Muna, lawyer and initiator of the “NOW” movement, also declared himself a candidate. Opponent Ni John Fru Ndi, meanwhile, handed over to Joshua Osih to represent the Social Democratic Front (SDF), the first opposition party.

These elections “will be a greater challenge than the previous ones,” said Hans De Marie Heungoup, researcher at the International Crisis Group (ICG), because of the persistent threat of Boko Haram in the Far North and “troubles in the English-speaking regions” in the grip of a low-intensity conflict between English-speaking separatists and representatives of Yaounde’s central government. 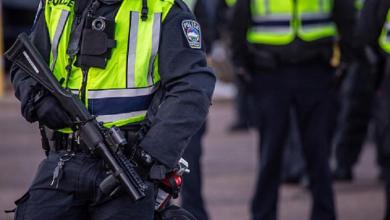