One of the greatest maritime catastrophes in history occurred 100 years ago – the sinking of the Titanic. The ship sank after hitting an iceberg, but little known facts about the rescued ship.

Quite many people have been written about this tragedy, there are many documentaries and feature films. The name of the shipwrecked giant has long become a household name. In this case, somehow, the only ship came to the Titanic to help behind the scenes.

Learn five facts about the RMS Carpathia that saved the survivors of the Titanic disaster.

1. Career of the captain of “Carpathia”

Captain Rostron was born in Bolton in the northwest of England in 1869. Arthur Henry Rostron was not so famous at the time. Many newspapers mistakenly wrote his name as “Rostrom.” He spent almost his life at sea.

Arthur began his career as a sailor at 17, after graduating from the naval school. After serving on various ships, including barges and iron clippers, Rostron joined the Cunard Line in 1895. He soon became the fourth officer on the RMS Umbria. He then served on other Cunard ships and rose to the rank of the first officer. After that, he became a captain. Rostron took command of the Carpathia in 1905.

After the shipwreck of the Titanic, natural glory came to Rostron. All thanks to his legendary heroic actions to rescue survivors. After that, the captain testified during the British Chamber of Commerce investigation and traveled to the United States to speak in the Senate. The Congress awarded Rostron a gold medal. Rostron continued his career as a sea captain.

2. Believed in the sea serpent

Captain Rostron was not shy about his passion for cryptozoology, the study of creatures whose existence has not been proven by science. Arthur Rostron claimed to have once seen a sea serpent. He later wrote about this in detail in his memoirs “Home from the Sea.”

It happened off the coast of Ireland. Rostron noticed an object in the water and warned his junior officer to stay away from it. The same one gradually approached, and Rostron claims that they were able to see it well. It was a real sea monster.

Arthur was saddened that they did not have a camera at hand. Rostron tried to sketch what he saw. “I didn’t get a clear view of the sea serpent, but we were close enough to realize that its head was about three meters above the water and its neck was skinny,” he wrote. Rostron never renounced these assertions. This did not hinder career growth in any way. Today’s airline pilots reporting UFO sightings are not so lucky.

From the moment Captain Rostron was informed of the Titanic disaster, every order he gave was aimed at getting to the shipwreck site as quickly as possible. At the same time, he carefully prepared his ship to receive the survivors and provide them with the necessary assistance.

The maximum speed for the “Carpathia” was about 14.5 knots, but Rostron was able, with the help of additional stokers, to accelerate the ship to 17 knots. The captain even ordered that the ship’s heating system be cut down so that more steam could be sent to the engines.

The extra speed was associated with a significant degree of danger. “Carpathia” on the way had to dodge icebergs more than once. Much later, Rostron admitted that his crew and passengers “depended on a sudden turn of the wheel.” As the ship performed filigree maneuvers, Rostron gave many orders. He understood how much the survival of the passengers of the stricken Titanic depended on this.

The captain ordered the launch of his ship’s lifeboats in case they were needed. He assigned three doctors to specific areas to provide medical care. Rostron personally oversaw the places on the boat, where blankets and hot drinks will be provided to the survivors while recovering from the horror they experienced.

The captain also ensured that chair holders and other devices were installed in the gangway to lift children and the wounded on board. These endeavors did not go unnoticed by the surviving passengers of the Titanic. When Carpathia was on its way to New York with 705 rescued, a committee was formed to include the unsinkable Molly Brown. The committee started organizing fundraising for crew bonuses. Later, each sailor from the Carpathia received a commemorative medal from the grateful group of survivors.

By 1912, many ships had wireless communications equipment. It was intended mainly for the convenience of passengers who wanted to send a message ashore. After the disaster on the Titanic, all ocean-going ships were equipped with wireless communications and a sufficient number of lifeboats. However, before that, the additional radio operators on board the ocean liners were not even crew members.

Guglielmo Marconi, the great pioneer of radio communications, attended the US Senate to hear evidence from Harold Bride. The young man was one of the wireless operators of the Titanic. Some of Bride’s distress messages were intercepted by a young Russian immigrant named David Sarnoff on the roof of a Wanamaker department store in New York. Contrary to the famous myth, the Titanic was not the first ship to send an SOS signal. These signals have been in use since 1908.

Early on, the radio operators of the stricken liner used the more common CQD message, indicating distress. As precious time wore on, operators switched to the relatively new SOS call. It does not mean “save our ship,” but it is simply three letters easily transmitted and received. The signal cannot be misinterpreted: three dots, three dashes, and three dots. The distress signal was received by several ships shortly after midnight on April 15, 1912. The Carpathia was the only ship to arrive four hours later.

The Carpathia spent twelve years at sea. Two years after the heroic rescue operation by Rostron, the ship was requisitioned by the British government. The boat began to be used as a warship during the First World War. On July 17, 1918, the Carpathia was part of a convoy bound for Boston. The convoy was struck by a German submarine.

All 57 passengers on the ship escaped in lifeboats. Of the 223 crew members, only five died from the impact of three torpedoes, which ultimately sent the legendary ship to the end. For the next 82 years, “Carpathia” remained buried in her watery grave. The ship’s remains were discovered by a team led by writer Clive Cussler off the east coast of Ireland. Time and water have spared the “Carpathia.” Onboard found only holes from the torpedoes that destroyed the ship.

The mystery behind the oldest wooden sculpture: Shigir Idol 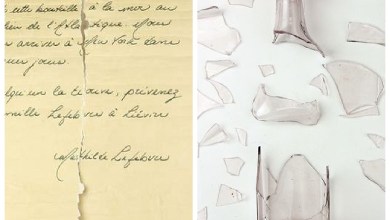 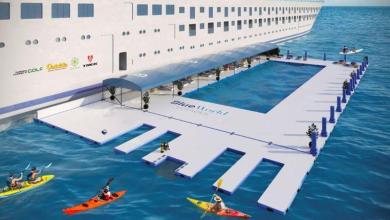 Cruise ship tackles with unique swimming pool in the ocean