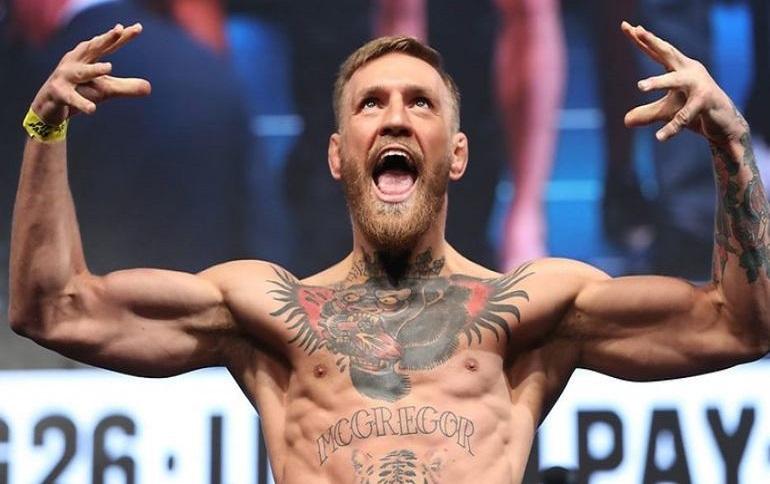 If anyone in the MMA world likes a little trash talk, it’s Conor McGregor. So now again. The Irishman thought it necessary to make a list on Twitter in which he ranked the GOATs (greatest of all time), in the history of the MMA. In addition, he set himself at second for the time being. His colleagues disagreed.

It has been known for a long time that McGregor is not averse to a bit of big talk. The Notorious always asserts itself, be it on social media or at press conferences. Of course, not much can be fought now by the coronavirus. So the former UFC champion in feather and lightweight thought he would make his GOAT list.

This is how McGregor started his list. He continued with another number 3 and 4 in the form of Georges St-Pierre and Jon Jones.

GSP is third. Much less won on KO but champion in two weight classes. However, he is far behind. Jon is fourth, maybe third. Won more on KO than St-Pierre and still active. He only has champion status in one class. “Anderson Silva and I have the most exciting/significant wins in the history of the sport. And I’m just warming up.”

McGregor has nothing to complain about self-confidence. The other great MMA fighters in history think slightly differently. Jon Bones Jones, who was ranked fourth by McGregor, was the first to respond to the Irishman’s comments.

“I’m not going to discuss who is the best of all time here. I let the fans do that for me,” was the light champion at first, but in the end, it became stronger than itself. Jones shared a list of the most wins in UFC title fights. The American himself is at the top with 14 wins, and McGregor is not to be seen in any fields or roads. Bones added an emoji that shrugged his shoulders.

McGregor’s greatest rivals, Nate Diaz and Khabib Nurmagomedov, were also quick to counter the Irishman. Both fighters have already won from The Notorious in their careers and showed this to the Irishman.

“Don’t forget that I did better and faster than anyone on the ground. I even sent it to the floor faster than Mayweather did. I don’t like all those rankings. When you see me, you only see a real GOAT ”, says Diaz. The two ruffs have so far both won once.

Khabib, the Russian who defeated McGregor in a direct duel for the lightweight title at the end of 2018, joined Diaz’s words. “You tapped out in featherweight, you tapped out in lightweight, and you tapped in welterweight, you never defended the title in the UFC or Cage Warriors, you gave up more than GSP, Spider and Bones all together. You greatest @ufc fighter in twitter history.” McGregor has been looking for a rematch against the Russian since his defeat against Khabib in 2018.

The Irishman made a successful comeback in the UFC against Donald Cowboy Cerrone in January, but it is unclear who he will face next.

He made it clear in an interview that he would win against Floyd Mayweather in a rematch if they had a second fight.

It is also rumored to make a trilogy with Diaz. This third fight could possibly be held on the Fight Island of the UFC.

The 31-year-old Irishman is said to have recently told Diaz to ‘just sign that contract’. From this, you can suggest that there could be a third fight. At least one thing is sure: it will not be quiet around Conor McGregor in the coming years.