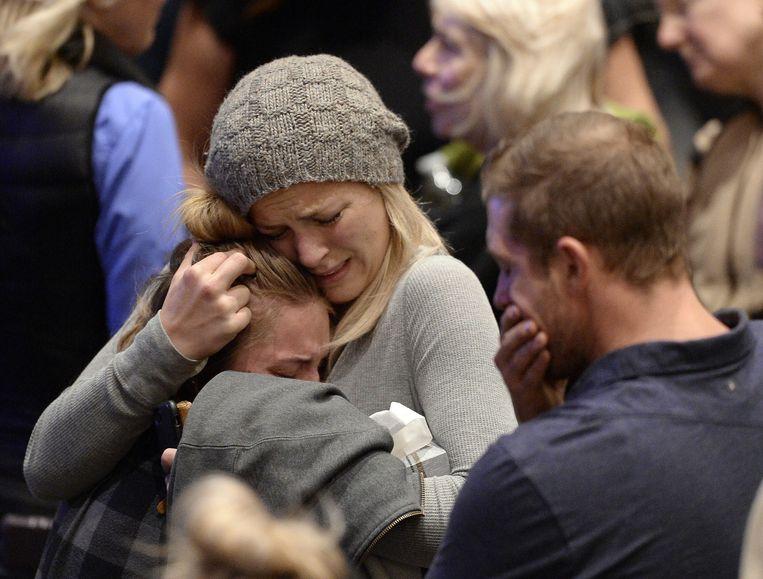 In the American Thousand Oaks, in the state of California, the victims of the shooting in a bar have seen their family and friends again. It became an emotional moment. On images you can see how people cuddle and comfort each other. In the shooting yesterday 13 people were killed, including the perpetrator David Long.

The 28-year-old David Long, a former elite marine, had a criminal record for some minor offenses. “He is no stranger to us. We have had contact with him over the years for minor incidents,” said Geoff Dean, the sheriff of the Ventura district near Los Angeles.

After the massacre in the Borderline Bar & Grill. President Donald Trump order to hang the American flags at the White House and other government buildings at half-mast. That must remain so until the Saturday sundown.

The 28-year-old ex-soldier had opened fire on Wednesday evening at a dance party for students in Thousand Oaks near Malibu and shot twelve people before he turned himself off. There are also dozens of injured.

Will legalizing Cannabis reduce drug trafficking? Not feasible in California after 5 years

US mother fights Mountain lion who drags her son (5)