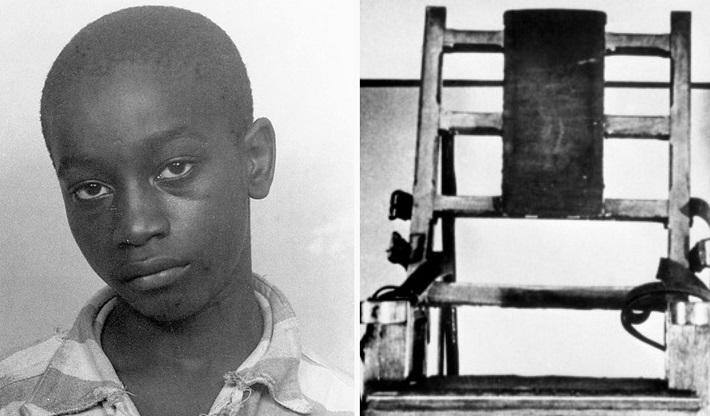 George Stinney Jr of African descent is the youngest person to have been sentenced to death in the United States in the twentieth century.

In March 1944, in the town of Jim Crow South, the police came to pick up George Stinney Jr, 14, while his parents were not home. His little sister was hiding in the family henhouse behind the house when officers handcuffed George and his older brother, Johnnie, and took them away.

He was accused of killing two white girls, Betty, 11, and Mary, 7. The bodies were found near the house where the teenager lived with his parents.

At that time, all the members of the jury were white. The trial lasted only two hours and the sentence was pronounced 10 minutes later.

The boy’s parents were threatened and denied access to the courtroom. Later, they were expelled from the city.

Before the execution, George spent 81 days in prison without permission to see his parents. He was detained in isolation, heard alone, without the presence of his parents or a lawyer.

His execution was a horrible moment for those present. The electric chair was too big for him, the electrodes were struggling to stay on the body, and his mask was too big, so that the forty witnesses, including the relatives of the victims, could see his face after the first electroshock 2.4 kilovolts, showing wide open eyes filled with tears and saliva dripping from the mouth. After four minutes, the boy was not breathing and was pronounced dead.

70 years later, he was cleared by a judge in South Carolina. A video showing the tragedy of George Stinney was made later.