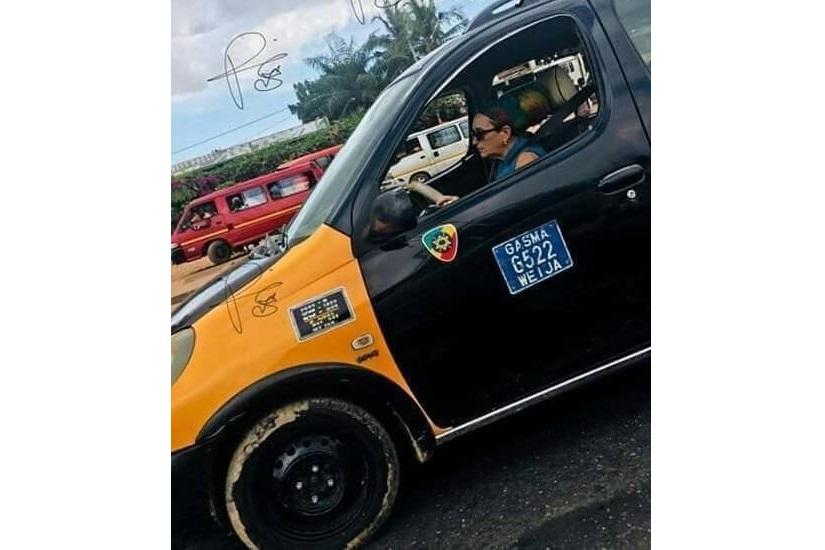 The photo of an expatriate woman driving a taxi on the streets of Ghana’s capital Accra sparked a frenzy among some Ghanaian social media users.

Although it is very common to find many expats working in Ghana, it is also very rare to see them driving taxis.

However, this is exactly the case of a photo that has become viral on social media. The photo above, shared on Facebook by Selasy Marshalls, captures a “white” old lady driving a taxi.

Although it is impossible to confirm if she is actually a taxi driver, the fact that her seat belt is firmly attached suggests that she was actually driving the car in town.

Commenting on the photo, some Ghanaians were very ironic, insisting that it might be a joke. However, others also believe that the expatriate woman may have been forced to drive the taxi because of the difficult economic conditions in the country. “The economy is tough, so anything that is legal is good to do. Expats are not spared,” wrote one person with many people hailing his act.

1 thought on “Ghana: A white woman driving a taxi, creates the buzz online”