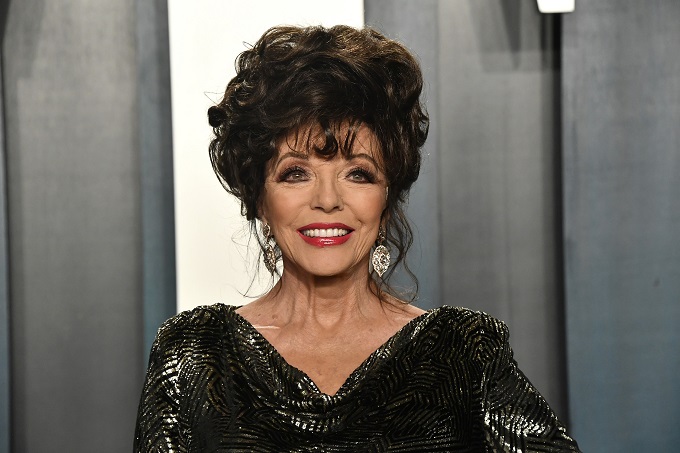 In her new memoir, Joan Collins (88) – titled ‘My Unapologetic Diaries’ – lashes out at colleagues in the field who frequently abuse plastic surgery. In particular, the British actress cites her former ‘Dynasty’ colleague Linda Evans and the Kardashians as ‘bad’ examples.

“What should you do if someone walks into the ‘Dynasty’ film set with band-aids on her eyelid? All the actors wondered what Linda had made Evans do again. It was just sad,” said Collins, who also wonders whether there is talk of ‘lip obesity’ these days. “It doesn’t look like it, those squirted lips, terrible! Sorry, but if someone has this done and wants to walk in like that, I’ll laugh at them.”

Although Collins is good friends with Kris Jenner, she thinks her daughters have had too much tinkering with their bodies. “I definitely don’t want to be rude about her children, but there was a lot of surgery there. Those very thin waists and puffed-up buttocks… It’s just not natural.”

Italian actress Sophia Loren also got a sneer from Collins about her teeth. “It looks like her teeth are carved from ivory, they are that white. She’ll probably never talk to me again, but it doesn’t matter because we’re not friends anyway.”