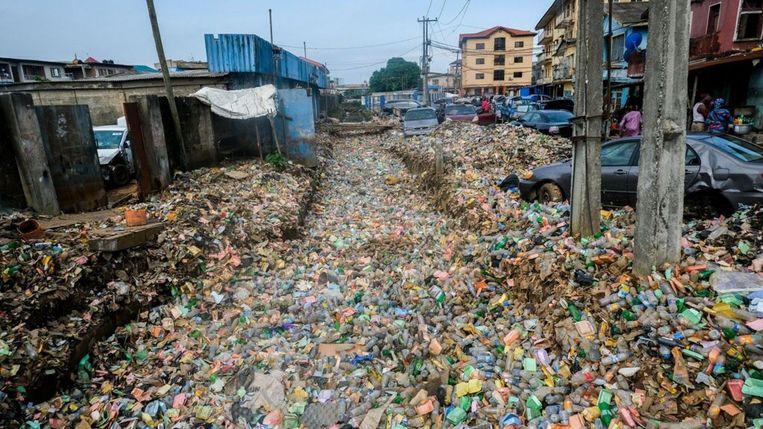 A heavy rainstorm in Lagos (Nigeria) has caused a neighborhood to be flooded with waste. The garbage in Lagos is often dumped illegally in places that are not provided for, causing rainwater to drag the trash away and end up in residential areas.

A thick layer of waste covers the Surulere district in Lagos. The debris was carried away by rainwater after heavy showers last Sunday.

In Nigeria, garbage is often dumped illegally near waterways and highways. Torrential rains can then cause the waste to end up in villages and on streets.

“The situation is getting out of hand,” Surulere resident Halimat Mogaji told The Guardian. “The illegal landfills are a thorn in the side of all residents here. The amounts of waste along the road are enormous, leading to pollution like this,” he says.

According to the Nigerian government, work is being done to clean up the area, and channels will be cleaned and dredged to avoid situations like this. In addition, the government also stated that people who dump illegal waste would be punished more severely.