The leader of the government of national unity recognized by the international community, Fayez al-Sarraj, wants to bail out the Libyan coffers.

Libya is in political chaos and parts of the economy, especially because of the country’s division, are collapsing.

The Libyan Minister of Foreign Affairs confirmed this Wednesday, May 2: Proceedings are initiated towards several African countries to recover the money lent by Colonel Gaddafi and these sums are considerable.

Sixty-seven billion dollars. This is the amount, made public by Fayez el-Sarraj, loans granted and equity participation in companies in Africa and the Arab world. Most of this money has been lent to African countries, including South Africa, Tanzania, Zambia, Côte d’Ivoire, Niger and Uganda.

But on the African side, since 2011, companies with Libyan participation have been either liquidated or nationalized. However, several legal proceedings have been initiated for the return of all or part of these funds to the Central Bank, which has remained loyal to Sarraj.

In this procedure, Tripoli relies on documents from several Libyan banks. Those known as Colonel Gaddafi’s archives have not all burned. Mohamed Taher Siala, the Libyan Minister of Foreign Affairs, explaining to RFI this Wednesday, May 2: “It’s public money. Repayment can be staggered, interest revised.”

How will the many African capitals concerned react? Is a president today responsible for the indebtedness achieved in the 1990s and early 2000s? Another question: who says that this money recovered by Tripoli will not fall into the hands of the militia?

Resignation of the Gabonese Government

Libya: 12 dead and 7 wounded in ISIS suicide bombing in Tripoli 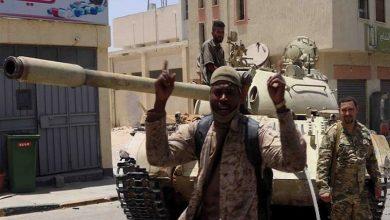 Libya tore apart by civil war, half Russian, half Turkish?