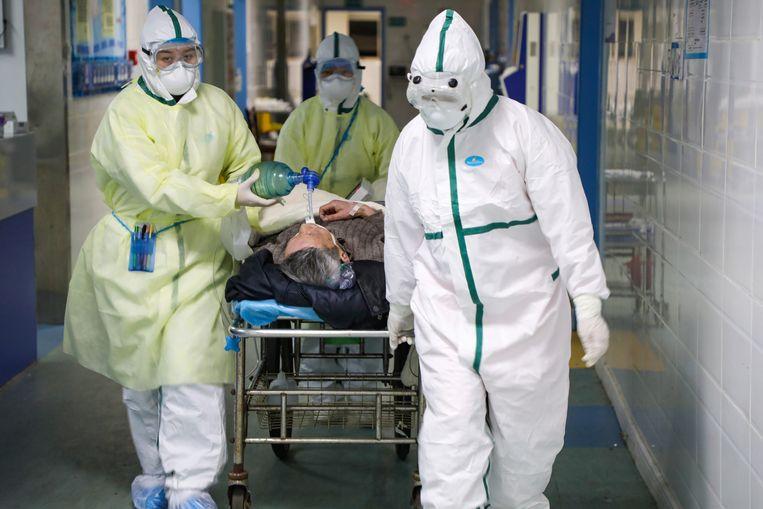 The World Health Organization (WHO) has presented worrying figures about the spread of the coronavirus worldwide. “It took three months for 100,000 cases of infection to be known, but it took just 12 days for another 100,000 to emerge,” it says.

It is difficult to predict how the virus will behave in the coming days, according to WHO, given the strict measures taken in many countries. According to Johns Hopkins University in the United States, there are currently 245,000 infections and more than 10,000 deaths.

In addition, the pandemic has already killed more than 5,000 people in Europe. This is evident from a balance made by the French news agency AFP based on official sources.

In Africa, 16 people died from Covid-19, the respiratory disease caused by the coronavirus: six in Egypt, six in Algeria, two in Morocco, one in Sudan and one in Burkina Faso.

In South Africa, which has 116 cases, President Cyril Ramaphosa has declared a state of emergency, limiting movement, closing schools, prohibiting rallies, and ordering bars to close or limit the number of people present in the establishment.

The state of Lagos, the economic center of Nigeria, has banned gatherings of more than 50 people, and the schools will close next week. The most populous country in Africa, which has eight cases of coronavirus, also suspends flights from any country where there are more than 1,000 infections as of Saturday

One of the most affected countries in Africa, Algeria has closed its borders and suspended flights. President also banned rallies, which will paralyze major weekly anti-government protests

Kenya, a profoundly religious country like most countries on the continent, has suspended worship in some churches and mosques. The government also says it will make its hand sanitizer and distribute it free of charge to help address shortages

Liberia, which faced a deadly Ebola epidemic several years ago and which has registered two cases of Covid-19, stopped issuing passports to prevent people from traveling and banned l entry to people from countries most affected by the pandemic

Mauritius, in the Indian Ocean, banned entry for tourists for two weeks – and confirmed its first three cases: two workers on a cruise ship and a British tourist

Zambia, with two cases of Covid-19, suspended parliamentary activities and decided to close schools and universities on Friday

Somalia, with one case, closed its airspace overnight

Uganda and Botswana, which have not yet had a case, will close schools starting next week

Chad, without any case, suspends all passenger flights and closes certain land borders from midnight on Thursday.