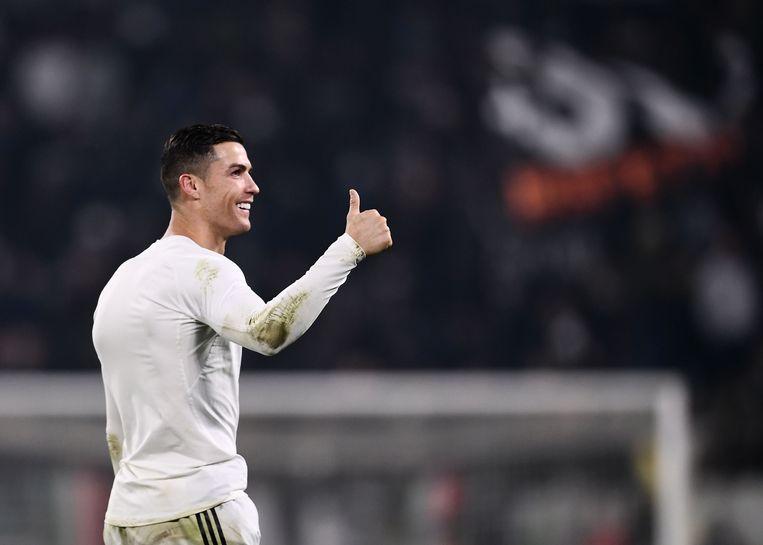 Cristiano Ronaldo said goodbye to the Primera Division this summer and if it depends on the Portuguese, Lionel Messi will follow him to the Serie A. In an interview with the Gazzetta dello Sport, the Juventus player sent an invitation to his companion. “I would like him to come to Italy one day,” it sounded.

The remaining goal machines. Also, in their 31st and 33rd year of life. Lionel Messi is now in eleven Liga in La Liga (and 6 in the Champions League), Cristiano Ronaldo clocks ten goals in his first year in Serie A (and 1 in the Champions League). The Argentinian finished fifth in the election of the Ballon d’Or, the Portuguese second. The comparisons between the two greats continue to merge, even though Lionel Messi and Cristiano Ronaldo now live in a different competition.

Although Ronaldo wants to change that. In the Gazetta dello Sport, ‘CR7’ was asked if he missed Messi (who hit Espanyol twice on free kick) after he traded in Real Madrid for Juventus. “No, maybe he misses me… I played in England, Spain, Italy, Portugal, in the national team, while he is still in Spain. Maybe he needs me more… Life is a challenge for me. I like it and I like to make people happy. I would like him to come to Italy one day. Like me, accept the challenge. But if he is happy there, I respect him. He is a fantastic player, a good guy, but I do not miss anything here. This is my new life and I am happy with it.”

“This is the best group I have ever played with. Here we are a team,” Cristiano Ronaldo about Juventus

So, wait and see if Lionel Messi will respond to the invitation. Cristiano Ronaldo does not let his sleep down before and also talked about the Champions League. His favourite competition in which he is giving a party with Juventus Young Boys Bern on Wednesday. “The Champions League is not an obsession,” the Portuguese emphasized.

“Whether there are players at Juventus who impress me more than others? It is not fair to mention a few, but I can say that this is the best group I have ever played with. Here we are a team. Somewhere else someone feels bigger than others, but here we are all on the same line. They are modest and want to win. If Dybala or Mandzukic do not score, they are still happy and you see them laughing. I like that, I see the difference. They are also modest in Madrid, but here I feel that they are even more so. It is very different than in Madrid. This is more of a family.”

With the family members, Cristiano Ronaldo sometimes makes bets at the end of the training. But never with his trainer Allegri, he explains. “I always do it with Dybala, Mandzukic and Khedira and in 99% of the cases I win. With a few euros as a bet or a bottle of wine. In the changing room I now have a collection of three bottles and 200 to 300 euros.”

Tears of happiness: Cristiano’s mum doesn’t keep it dry with her son’s return and goals in ManU