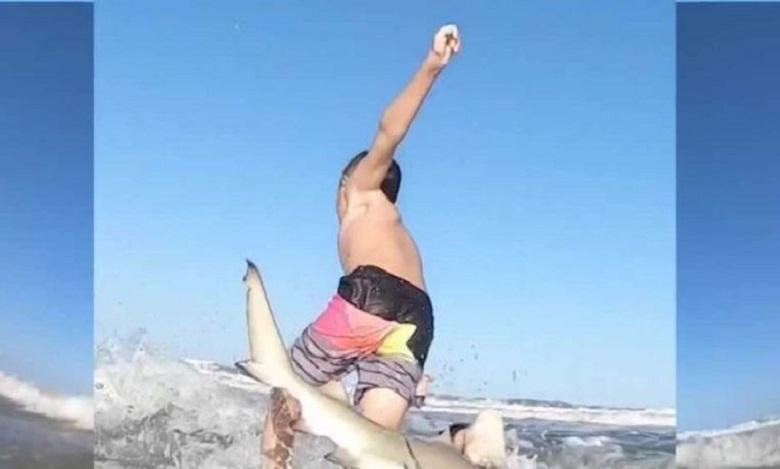 Chandler Moore from Orlando is barely seven but has already experienced the story of his life. While surfing in Florida, he suddenly crossed the swimming path of a shark. It collided, and Chandler was thrown off his surfboard.

On Saturday, the Moores from Orlando traveled with the family to New Smyrna Beach, about 90 km away, for a late Thanks Giving outing. The weather was excellent and the waves were ideal for surfing. Chandler, who has been on the shelf since he was four, got a big push from his father, and he was gone. The GoPro camera on the front of the surfboard filmed how the boy was standing up and looking for his balance. That worked out pretty well until he testified to CNN, “two fish were swimming towards him”. The boy was startled and was thrown off his board.

Father and son afterward viewed the images of the GoPro and then saw that it was indeed a black point shark that had hit Chandler’s board. The waters of New Smyrna Beach are known for the presence of shark species. According to the International Shark Attack File, anyone who ever swam there came up to three meters from a shark.

Chandler is left with no injuries from his bizarre confrontation, but only an impressive experience. Yesterday, his stiff experience was, of course, the topic of conversation at school.

Whether he will still dare to surf in the sea? “One hundred percent for sure!”