The white line of track between Blessing, mental madness and yahoo guys look so apparent to many internet users. Unlike social media and viral reports, Blessing “went crazy” after an undisclosed meeting with “Yahoo Boys”. It seems that the situation is deeper than what we see on the surface.

A dreadful event occurred in the Ijebu Ode region of Ogun State, involving a young woman named Blessing. Who suddenly lost her mind after being abandoned by suspected Internet fraudsters driving a Lexus SUV. Along the state highway Ogun-Lagos.

While she was dancing in public, talking incoherently, and playing in a stinking neck. Many thought she was shocked by the ritualists. This seemed credible because of the wave of ritual killings perpetrated throughout Nigeria. With desperate youths who were looking for money quickly in crime. But people who have had personal meetings with Blessing and his family members believe the media reports are wrong.

They exploited their social media accounts to reveal that the 300-level student of Adekunle Ajasin University, political science department in Akungba, Ondo State. Who was traveling to Lagos State already struggling with a mental crisis.

A graduate from her school explained that she must have had an attack while she was being sent to Lagos by guys who would have panicked. And he decided to leave her on the road. Then zoom out to avoid other complications.

Other social media reports also corroborated reports of occasional mental imbalances that are also of concern to his brother. They explained that his family is undergoing both orthodox treatment and spiritual intervention, but to no avail. The state of Blessing is still unknown, but she was removed from the street by good Samaritans.

Below are some conversations: 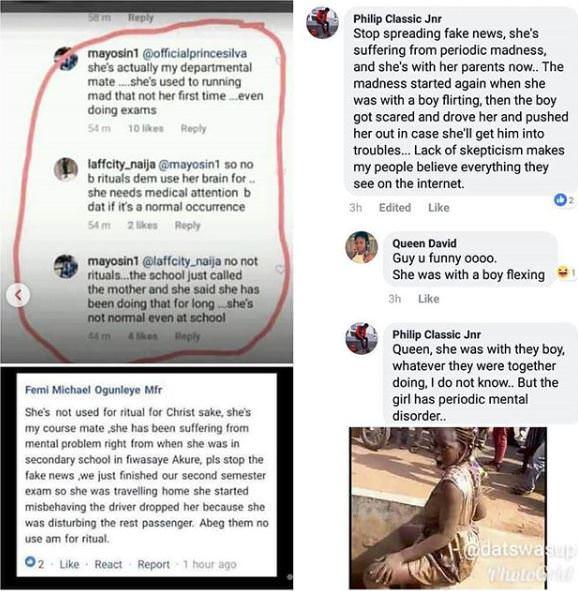 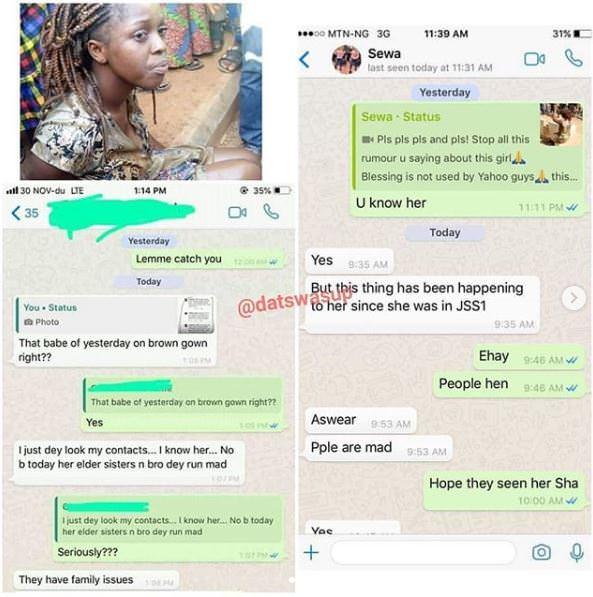 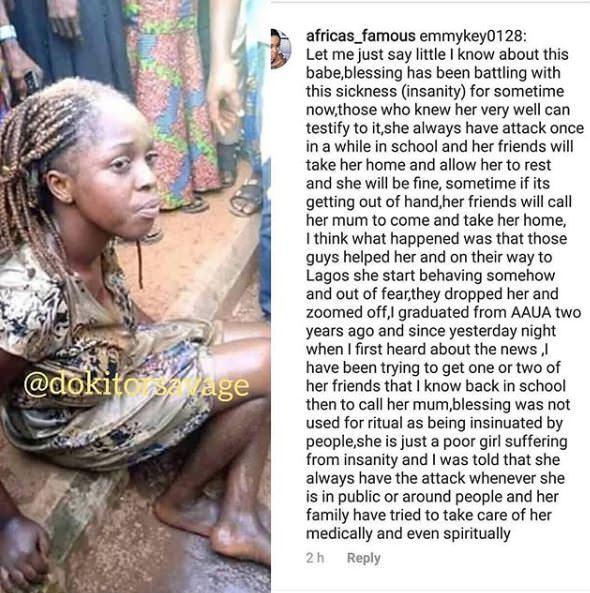 Jackie Chan reveals: "I spent my fortune on whores"