Nigerian police say they arrested a man on Tuesday accused of raping forty people, including children, in Dangora, a city in the north of the country, in one year.

Police said the victims included an 80-year-old woman and girls as young as ten years old.

Residents of Dangora town in southwest Kano say they lived in fear for a year because they heard that the serial rapist was climbing fences and raping women in their homes.

“We can now sleep with our eyes closed,” a woman told the BBC. City chief Ahmadu Yau said the arrest is good news.

“The people of Dangora are very happy at the moment, and we hope that justice will be done appropriately,” he said.

The national outcry has followed the wave of rape and murder of women in Nigeria in recent weeks.

Thousands of people signed a petition and used the hashtag #WeAreTired “we are tired” to express their fed up.

Floods kill tens and displace many residents in China

Mary Daniel, a fairy tale that turns into a nightmare 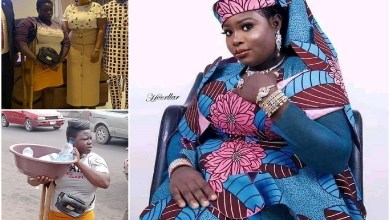