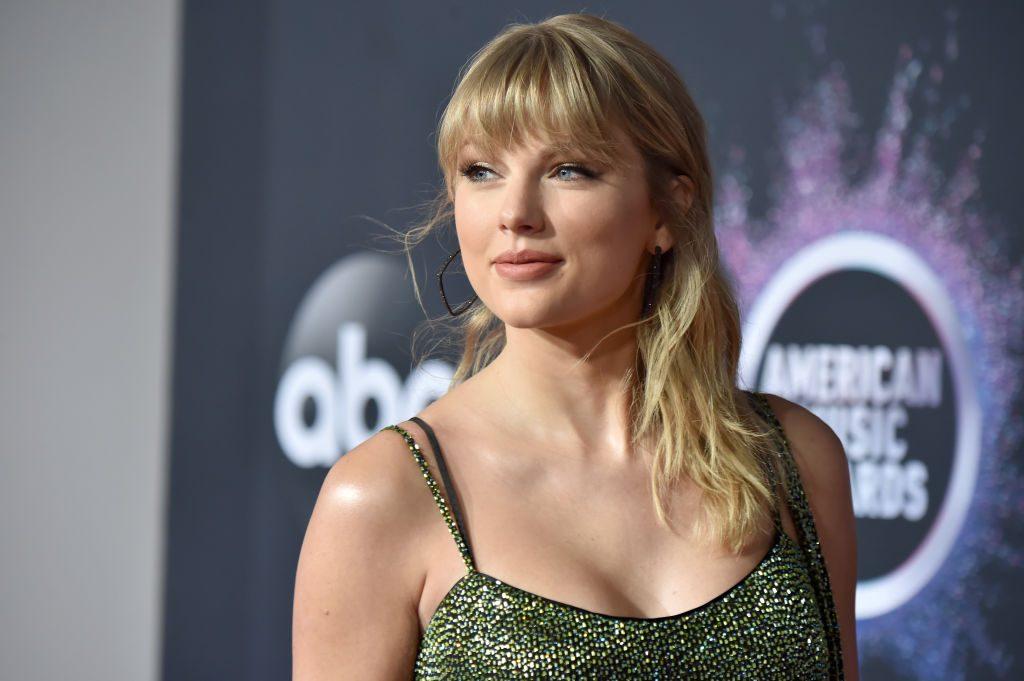 Taylor Swift (31), a net worth of $550 million, has broken her own Spotify record from 2020. Her new record ‘Red (Taylor’s Version)’ is the most listened-to album by a female artist in one day, and Swift is also the most streamed artist ever on Spotify in one day. The streaming service announced this on Twitter.

The 31-year-old star, according to Forbes, has a net worth of $550 million, hopes to replicate that success with the new version of Red, laying the groundwork for a new catalog of master recordings to replace her first six albums, which were acquired without her permission by music executive Scooter Braun in 2019 and later sold to private equity firm Shamrock Holdings for a reported $300 million.

The previous record was already in Taylor’s name, with her album ‘Folklore’. In third place is Ariana Grande’s album, ‘Thank you, next’. The new version of the popular album was released on Saturday.

According to MRC Data, Red (Taylor’s Version) follows the April release of Fearless (Taylor’s Version), which has sold over 867,000 album-equivalent copies and been streamed almost 600 million times, more than quadrupling the sales of the original Fearless (2008) in the same time period.

Swift tweeted on April 16 after the initial re-release landed at No. 1 on the Billboard Hot 100, making it the first chart-topping album of its type (a re-recorded version of another No. 1 album) to do so. “Honestly?? How?? “Did I strike it rich?” you may wonder.

On two fronts, Swift’s plan is paying well. Fearless (Taylor’s Version) resurrected an album that had reached a stalemate—the 2008 version sold 592,000 copies in its first week, compared to only 243,000 in all of 2020—and Red, which more than quadrupled Fearless’ first-week sales (1.2 million), has the potential to be much greater. After just a few hours, it’s already at the top of the iTunes album ranking in the United States.

According to Larry Mestel, founder and CEO of top music investment firm Primary Wave, Swift’s original recordings would lose even more value if this is true. “I would have recommended her to do what she’s doing,” he adds.

Even better, according to her 2018 agreement with Republic Records, Swift is making significantly more money on new releases than she was on her previous contract, and as the songwriter in charge of the recordings, she has complete control over the usage of her songs outside of the albums. “Love Story (Taylor’s Version),” the artist’s first re-recorded song, debuted in a Match commercial in December 2020, more than two months before it was released on streaming sites in February. She developed and directed a 15-minute short film based on the extended 10-minute version of fan-favorite “All Too Well,” starring Sadie Sink and Dylan O’Brien, which will show on YouTube at 7 p.m.

She basically controls the whole copyright ecology of her music by generating this new body of master recordings, says Daniel Weisman, a seasoned artist manager and Vice President of Bernstein Private Wealth Management. ‘She may do anything she wants with it without asking anybody else’s permission.’

Taylor is re-recording all of her old albums because she doesn’t own any rights to her original tracks. When she was still young, she signed her rights away from her record company, which then unwittingly sold the songs on to producer Scooter Brown. Swift was outraged that she herself was never offered to buy her own songs – which she herself wrote and played on piano and guitar. She then decided to re-record her songs under her own name. The proceeds of the ‘new versions’ will go to Swift.

The album has 30 tracks, which is a lot more than on the original release. “This will be the first time you hear all 30 songs that should have been on ‘Red’,” said the proud singer. In addition to the new songs, her old hits ‘We Are Never Getting Back Together’ and ‘I Knew You Were Trouble’ are also on the record. To top it off, she also released a 10-minute version of her famous song ‘All Too Well’. A fan-favorite who is rumored to be talking about her split with actor Jake Gyllenhaal. Last weekend she also released a short film to match the song. It features some famous actors, such as Dylan O’Brien.

How to improve concentration and focus: 5 effective ways