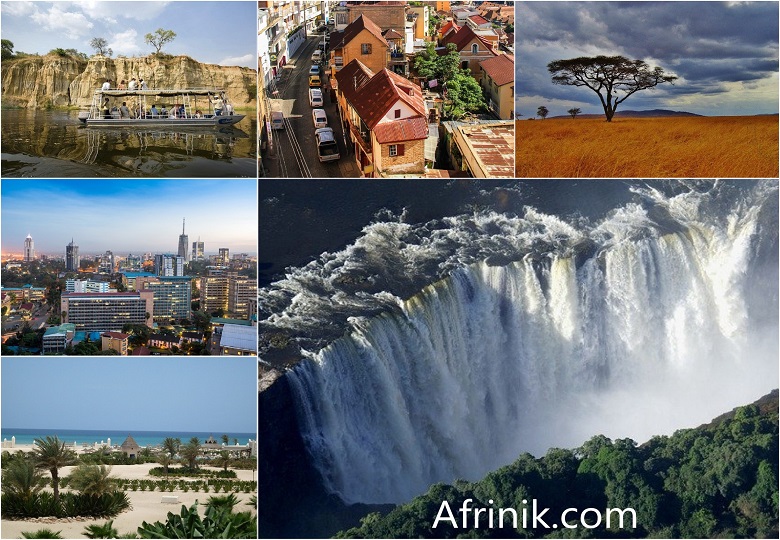 Africa is the hottest and second most populous continent in the world. Over two thousand languages speakers, hundreds of religions practice, and more than eight thousand nationalities. Coasts with azure sea, endless Sahara desert, wild tropics, and exotic animals – all these are a multifaceted Africa.

Below are the top ten safest countries in Africa. Being safest doesn’t entail that there is a crime report, but the ratio is minimal compare to other African countries.

An unusual contender for tourism in Sierra Leone is also the country of “lion’s mountains.” The population of this corner of Africa is equal to the number of residents of St. Petersburg. Creole and non-traditionally spoken or alternatively written versions of the English language are spoken here; taxis are called “Poda-Poda.”

Sierra Leone was once torn apart by civil war, but now, having achieved peace, local authorities are actively funding tourism. The coast with white sand build-up with hotels for every taste and budget: from unassuming hotels to quite bearable resorts.

This small African country is so hot that Aboriginal people regard rain as their greatest miracle. The word “rain” is used by the locals instead of a greeting, in the same way, the currency is called in Botswana. There is no access to the sea, but there are many national parks. These are the real treasure of Botswana! It is here that the largest population of elephants on the planet lives and not only: the fauna of Botswana is the richest and most diverse on the planet.

Most of the country is settled by the hot Kalahari Desert. The Kalahari is home to many exotic predators, and the Bushmen, an African people who have preserved their traditional way of life, also live here. You can get to know them better, take pictures and buy a handmade souvenir as a keepsake.

Multicultural Ghana is breaking stereotypes about African countries. In 2015, the Ghanaians launched an orbiting satellite into space, and 95% of children are in school. And although the name of the country translates as “Warrior King,” this is the safest corner of Africa, and the locals are very friendly to tourists.

One of the wealthiest countries on the continent, Namibia is wild Africa, with only luxury hotels and comfortable excursions. The country strives so hard to please visitors that it even launched the Desert Express tourist train, which is well-appointed and has plenty of sightseeing stops.

Uganda earned its high safety factor due to one feature: cities sparsely populate here, and all iconic attractions locate far from the city limits. Therefore, the risk of encountering troubles that await tourists in crowded places is small. But what attracts visitors to Uganda is its incredible nature and rich cultural heritage.

The island country, located six hundred kilometers from the coast of Africa, has long been popular with tourists. Cape Verde combines European service and a rich entertainment program, coupled with the mesmerizing nature of the islands. It is one of the biggest centers in the world for windsurfing and sport fishing, sophisticated divers love to visit here, and surfers have a chance to tame their “special wave.”

The fascinating wilderness of Africa with its legendary Victoria Falls and Lake Kariba awaits in Zimbabwe. Hunting is allowed in the vast savannahs and exceptional ranches, a rare occurrence in Africa, forbidden in most countries of the continent. Not every day, you get an opportunity to bring home a souvenir in the form of buffalo horns or leopard skin. There are many places for extreme rafting and fishing, and there are also casinos, where it’s nice to relax after a day’s safari.

Kenya guarantees an eventful vacation program from non-trivial beach vacations to thrilling savannah safaris and Indian Ocean diving. Its nature is an actual visiting card of Africa. Hundreds of thousands of zebras and half a million gazelles migrate across Kenyan lands every year, so trips to the national parks will be fascinating.

The local government carefully protects the natural heritage, and for a good reason: the country is home to 40% of animals and 35% of birds, which not find in any other corner of the world. It is also home to the world’s only Giraffe Manor hotel with real giraffes, which offers stunning views of the African prairie

The birthplace of the legendary Freddie Mercury and Mount Kilimanjaro attracts travelers with its authentic culture, rich nature, and clean ocean beaches. The locals are friendly with tourists, although they speak little English – their native language is Swahili.

Unlike the rest of Africa, the paradise island of Madagascar welcomes travelers with baobab groves, coral reefs, clean beaches, and coves. This picturesque place is ideal for tourists who are not looking for luxury resorts but a new experience. The vents of extinct volcanoes, mountains, rivers, and deserts are no place for sunbeds and cocktails.

History of wigs in Africa, but why did ancient Egypt wear wigs?