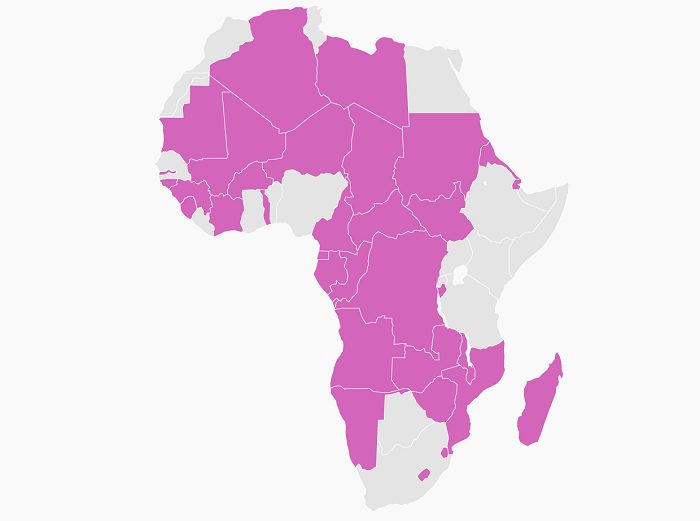 Melania Trump arrived in Africa last week for a seven-day tour through four African countries. The American first lady visits the continent without her husband. President Trump, in the capacity of president, has not yet visited Africa and he is not the only one. To date, only eight seated American presidents have visited an African country.

Last Monday, Melania Trump left for Africa for seven days where she would visit Ghana, Malawi, Kenya and Egypt. She makes that trip without her husband Donald Trump.

The Office of the Historian of the US Department of State publishes information about all the official travels of the president. The data goes back to the first term of Theodore Roosevelt and the beginning of the 20th century.

70 percent have not yet visited
Only 16 of the 54 countries on the continent have ever been officially visited by a sitting American president. That means that 70 percent of African countries have never received a US president.

A total of 52 visits were made to Africa, of which 16 to Egypt. The first presidential visit to Africa was Roosevelt, who had a meeting with British Prime Minister Winston Churchill in Morocco in early 1943. The latest visit dates back to 2015 when Barack Obama paid a visit to Ethiopia.