A Ugandan circus at the Kotido Central Police Station, filed a lawsuit against the Wildlife Authority, demanding compensation for the damage caused by the five mice that destroyed his money

Peter Lojok Longolangiro, a businessman, took five mice to the police station, which he accuses of having eaten his money.

Longolangiro says the Wildlife Authority should compensate him after leaving one of the species they should protect to destroy his valuables things. The father of ten children revealed that it was the tenth time that wild animals destroyed his property without any compensation.

The police referred him to a state prosecutor for expert advice on the case.

He pointed out that last year he lost all his crops to elephants and other wildlife and nothing was done by the Wildlife Authority.

Anthony Obwonyo Jabwor, the Kotido prosecutor, said the case was unfounded. According to the latter, this incident is a lesson that money should be kept in the bank and not at home.

Kotido District Police Commander Alphonse Ojangole said he had never handled a similar case in his twelve years of service.

Discover these foods that detoxify the lungs

World 2018: A preselection of Nigeria without much surprise 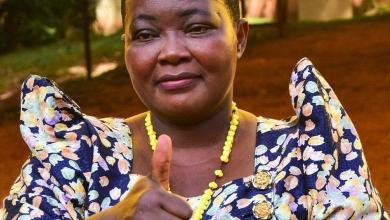