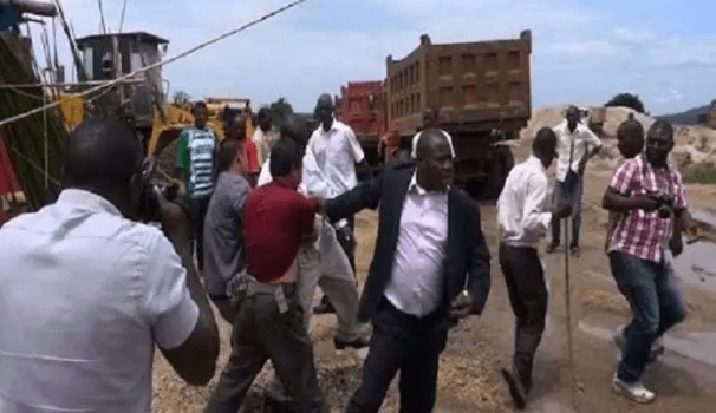 A video is making a big buzz on the web in recent hours. The film shows the Chinese physically attacking a Ugandan minister in his own country following a mining contract.

The shocking video shows the minister being abused by two Chinese. The two Asians attack him in the presence of other government officials and a security guard.

According to unconfirmed reports, foreigners were unhappy because they had failed to secure a mining contract.

It is unclear whether the minister took advantage of the Chinese with the promise of giving them a good contract, which is why they felt betrayed.

Watching the video, we realize that this was a serious fight between the two Chinese and Ugandan government officials, who were also planning to arrest the foreigners.

The security officer present was trying to calm the heat, shouting at the Chinese “it’s the minister, why are you fighting?”

In the presence of journalists, they were busy filming the embarrassing scene, the Ugandan official had trouble putting the Chinese in a van.