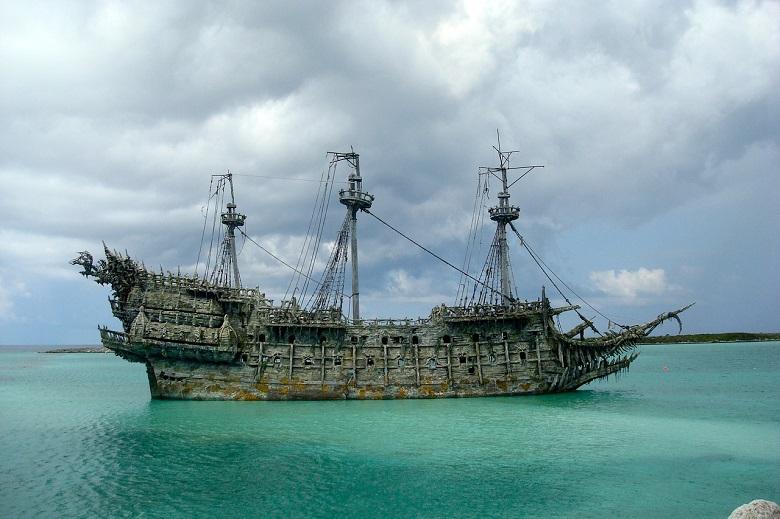 Since the advent of sailing in Africa, some have sailed the seas in search of new fortune, land, treasure, and hope. However, there are also those whose sole aim is to plunder and destroy. These people are regarded as pirates. Yet there are some unsolved Pirate Mysteries in Africa.

Pirates are known to have no mercy and will do almost anything to reap a reward. The primary era for pirate activity was from the 17th to early 18th century. It finally disappeared due to naval forces becoming too strong to fight.

Although there are still many pirates today, mainly in West and East Africa, the last most significant pirate crews died hundreds of years ago, taking countless mysteries with them into the troubled depths of the oceans.

A brilliant strategy used by many pirate crews was to wait for a ship to pass over the horizon, then hunt it down and take the booty. This method proved to be hugely successful, as there were many crossings in the early 1700s.

The unsolved Pirate Mysteries in Africa

The Pirate Utopia of Madagascar, it’s a legend story of a pirate utopia called Libertalia on a small island off the coast of Madagascar. This coast was a pirate republic or anarchist colony founded in the late 17th century by pirate captain James Misson. Other founders included Henry Avery and Thomas Tew, the famous pirate, the latter being the admiral of Libertalia’s fleet of ships.

The Haven politics were generally socialist, with all food and resources being shared. All points of view being listened to and laws being created by the people. The pirates left the motto “for God and liberty” and flew a white flag to protest against the Jolly Roger, who generally supports violence.

They were also firmly against slavery and freed all slaves they encountered, treating them as equals, and allowing them to join the enclave. The pirate territory would have a fort, a market, and housing covering the Island. The community has also been said to thrive on the land, constructing a full range of buildings, including large halls, taverns, and places of worship.

According to Charles Johnson, “A General History of the Pyrates”, states that the pirates, renouncing their nationalities, created a new language and called themselves the “Liberi”. He also explained that Avery decided on the settlement area as soon as he saw the bay because it’s an area with fertile soil, freshwater, and friendly natives.

It is said that Utopia fell when Tew ran aground, leaving the haven defenseless and leading to its attack. Misson and 45 other men said they escaped, but they never returned to Libertalia.

The visibility of Green Flash

For hundreds of years, seafarers, especially pirates, repeatedly reported a strange phenomenon that became known as the Green flash.

It’s said that when the sky and the horizon are both distinct, a sudden eruption of emerald green light can flash across the sky like sunsets.

Reports of the flash date back to the 1600s, with pirates being the most reported, as they are said to have had the most extended sea voyages.

Although there is a perfectly rational explanation for this phenomenon, pirates proclaimed that anyone who opportune to see the flash would gain the ability to read the souls of other crews.