The Roman Catholic Church has created its own game: ‘Follow JC Go!’, or ‘Follow Jesus Christ!’. It is based on the famous game ‘Pokémon Go’. Players do not capture monsters with their smartphone, but saints and biblical figures. No Mewtwo but Moses. No Pikachu but Paul. The game works with GPS determination and augmented reality, just like ‘Pokémon Go’.

Whoever has caught a saint or a prophet gets a few questions about them. If the questions are answered correctly, the persons will join the evangelization team (eTeam) of the player. With that they can perform all kinds of assignments. Whoever comes near a church can collect points by going in and praying. It is also possible to give alms in the app.

The game has received the blessing of Pope Francis. There is only a Spanish version so far, but other languages are in the making. It was made for the World Youth Days, which will be held in Panama in January. 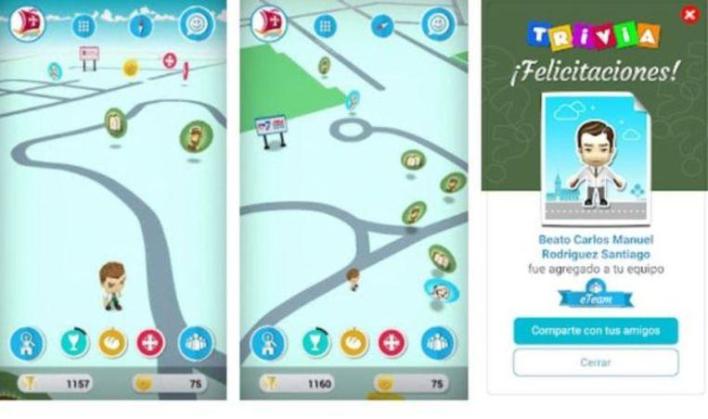