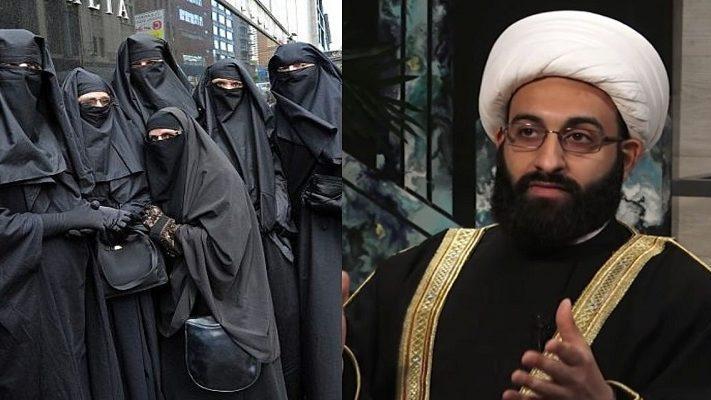 An imam and Muslim leader expressed his point of view on the use of the “burqa” in the Islamic religion. The self-acclaimed peace leader emphasized that wearing Burqa all your life is abnormal and should seek medical advice.

According to Imam Mohamad Tawhidi, a woman who decides to wear the burqa all her life is not healthy and needs to “see a doctor”.

Sharing pictures of women in burqas, the imam of peace, as he is affectionately known, wrote on Twitter; “If you think that wearing this all your life is normal, then go see a doctor. If you think your wife should wear this all her life, then go to hell.”

Burqa: A burqa or burka, also known as a chadaree in Afghanistan or a paranja in Central Asia, is an enveloping outer garment worn by women in some Islamic traditions to cover themselves in public, which covers the body and the face, according to Wikipedia.

Imam Shaikh Mohammad Tawhidi, who lives in Australia, has had some disagreements with other Muslim leaders as a result of his comments, which he did not share his point of view.

He urged all Muslims to respect freedom of expression and democracy. However, Tawhidi has already criticized for his views on religion.

Sharia in Nigeria: History of Islam in black Africa