A huge lake in the desert to the west of the Nile south of Cairo in Egypt, named after one of the pharaohs, was decorated with two huge pyramids, the most extensive labyrinth of antiquity located on the shore. Herodotus and his followers, who visited the Faiyum oasis, wrote about this.

The lake has become much smaller, the pyramids have disappeared, leaving almost no chance to learn at least something about them, and the labyrinth has not yet been found even by the most persistent enthusiasts. There are only mummies left and the fantastic beauty of Faiyum portraits.

The oasis of Al-Faiyum is much more generous with the riddles than with the material support of theories and versions. This fantastic place, wherein the middle of the desert waterfalls rustle and gardens bear fruit, was once considered one of the world’s wonders. One could endlessly fantasize about how the ancient Egyptians lived here, what surrounded their houses, and what traditions life fill with four thousand years ago; there are more questions than answers in the oasis’s history.

Al Faiyum locates several tens of kilometers southwest of Cairo. The Nile also flows not far to the east of this green island.

The Great River and the Faiyum lands, more precisely, Lake Qarun, are connected by a canal. The lake is salty and slight in any case, once its area exceeded the current one by at least six times, and it was a freshwater body and played an essential role in the life of the Egyptians.

Herodotus claimed that the pharaohs created this vast lake. This legend has been in circulation for a long time, especially since the scope and volume of work on irrigation and drainage amazed the imagination.

To defend themselves against the vagaries of the Nile, which either overflowed too widely and caused floods, or, on the contrary, left untouched arable land, the Egyptians created a channel between the river and the lake located in the oasis.

More precisely, they took advantage of the natural watercourse that existed since ancient times – deepening and expanding it. The lake was first mentioned in ancient Egyptian sources around 3000 BC, while the canal builds no later than the XXIV century.

The canal and lake provided drainage from the west coast of the Nile and were also a constant source of freshwater – a relative rarity for oases that tend to feed on underground rivers. The canal, which was later named the Yusuf Canal, was equipped with several dams, representing an impressive hydraulic structure. Throughout the history of Ancient Egypt, this waterway repeatedly restores. The level of work could well give Greek historians the impression that the pharaohs were able to build a Lake, dig a giant pit, and send the waters of the Nile into it.

The lake’s name was associated with its mythical creator, a certain king named Moeris, whose existence is not confirmed. By the way, the finds made in modern times by archaeologists speak against the version of the artificial origin of this vast reservoir: Lake Moeris preserved the remains of prehistoric animals that became extinct millions of years ago.

One thing is indisputable – a vast oasis was once one of the most important centers of the ancient Egyptian state. Therefore, on its territory, they gathered crops and built palaces, temples, and other religious buildings, the location, and appearance of which Egyptologists later tried to reproduce with varying success.

What happened to the pyramids and labyrinth of Crocodilopolis?

Herodotus and Diodorus Siculus reflect in detail in their records what they saw in the Faiyum oasis. According to these historians, majestic pyramids towered above the water, and giant statues of pharaohs flaunted next to them. Nothing of the kind can be seen now – only the ruins on the lakeshore. If the pyramids existed, they could become the tomb of the representatives of the royal dynasty – in this case, their traces may still have to be discovered.

Even more exciting reports about the labyrinth, the oldest – if it existed. This semi-mythical structure, according to Herodotus, was erected to serve Sebek, the crocodile god.

No wonder one of the cities that once grew up on the shores of Lake Moeris received the name Crocodilopolis from the Greeks. An animal was worshiped there, with which, as the symbolic “master” of the Nile. The well-being of all Egypt was associated; crocodiles present as the personification of the power of this river.

The structure, consisting of three thousand rooms, existed, as the ancient travelers explained, then later the labyrinth was destroyed – most likely, even before the onset of a new era.

Oasis Al-Faiyum, as already mentioned, leaves quite a lot of space for the imagination – the level of its exploration remains relatively low. But starting from the 19th century, unique artifacts from the past began to be found there – a phenomenon that received the name of this oasis and glorified it.

The portraits with which the Egyptians covered the mummified remains of their loved ones were called Fayum. However, their distribution is not limited to this region – similar paintings found in other places, including Saqqara and Thebes.

About 900 such works find – images of the deceased from full face, while the front slightly turn. Portraits were a replacement for the traditional mask worn over the head of a mummy. Fayum portraits began to create from the 1st century AD, and by the 3rd century, this technique began to recede into the past and soon forgot.

A significant number of portraits were found in the Hawara cemetery, located near Al-Faiyum. The Egyptologist whose name is associated with discovering these images is William Flinders Petrie, famous for finding the stele of Merneptah with the first mention of Israel in history.

Since the paintings of Ancient Greece and Ancient Rome were almost wholly lost, Fayum portraits became excellent examples of the art of ancient times and a visual display of the traditions and fashion of that time.

It was the privilege of the rich – to equip a loved one into the afterlife in this way: of all the mummies found by Petrie in the oasis and nearby, only 1-2 percent equipped with portraits. The people depicted in the paintings have a pronounced resemblance to the Hellenes; this is not surprising when such images began to create in Faiyum; the oasis was already popular among visitors – of Greek and Roman origin.

The portraits perfectly preserve, which is explained by the dry climate of Egypt and the technique of their production. To paint the picture, used – a unique style in which strokes of different densities apply with melted paints. Artists used gold leaf – the thinnest sheets use to decorate the background or elements of clothing and hairstyles. Fayum portraits make on a wooden base, including oak, pine, spruce, and cypress wood brought from overseas. Since the 2nd century, they began to use tempera paint that included the yolk of a chicken egg.

Sometimes it was possible to find the burials of several members of the same family at once, as, for example, in the “tomb of Aline,” a woman buried with her husband and daughters in the Hawara necropolis. At the same time, some of the mummies were “decorated” with portraits, some with traditional burial masks. 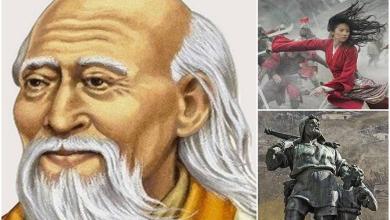