The Yorubas have the legendary type of clothing that makes them different from the other cultures around them. They take great pride in their clothing as they are known to do.

The Yorubas are unique in their attires. Their clothing materials traditionally come from cotton processed by traditional weavers. They believe that the type of clothes a man wears depicts his personality and social status and that different occasions call for different clothing outfits.

Before Europeans came to the land of the Yoruba, only hand-woven clothes were available. The Yoruba started with the use of Ibante (a thick hand-woven piece of cloth). It uses to cover the private parts of men and women.

Ibante is made of a fabric called Kijipa. (It is a tarp-like fabric). It is usually strong and can withstand any compression.

Later, people started wearing the ordinary fabric of Aso-oke wool. Some of these various types of Aso-oke materials include;

Other clothing materials include:

For men’s wear, they have Sapara, Buba, and Esiki, which consider “Ewu awotele” or “underclothing.” Simultaneously, they also have Agbada, Gbariye, Dandogo, etc., which are also called “Ewu awoleke” or “overwear.”

They also have different types of Sokoto or native pants that sewn the dresses as mentioned above. Some of them are Kembe, Gbanu, Soooro, Sokoto elemu, etc. A man’s dressing is not complete without a hat.

Some of these hats include but are not limited to gobi, tinko, abeti-aja, alagbaa, bentigoo, onide and labankada. Tailors and designers have various styles and patterns in which they make these hats and the different dresses mentioned above.

These attires add to the aesthetic value of these traditional garments and the people who wear them. It is important to note that wearing them under, such as pants, bras, etc., is a Westerners’ culture.

There are also different types of dresses for women. The most common is Iro and Buba, or wrappers with shirt-like loose tops with sleeves that reach almost the wrist.

Women also have Gele or headgear that they must wear whenever the Iro and Buba are open. Just as hats are essential to men, a woman’s dressing is incomplete without a Gele. This Gele is wrapped twice around the head and clipped to one side.

It may be plain cloth or expensive as women can afford. Besides that, they have Iborun or Ipele. It is like a miniature wrapping that hangs on the left shoulder of the woman. Sometimes, it ties around their waistline in the wrap.

Women have two types of underwear that we call Tobi and Sinmi. Tobi is like a modern apron that has strings and space where women can keep their money. They tie this Tobi around their waist before wearing the Iro. Sinmi is like a sleeveless t-shirt that is worn underneath before wearing any other clothes.

There are various beads, hand laces, necklaces, anklets, and bracelets used in Yorubaland. These used by both men and women and wore for body decorations.

Chiefs, priests, kings, or royal blood people mainly use some of these beads as a symbol of rank. Some of these beads include the Iyun, Lagidigba, Akun, etc. A trendy accessory among royalty, titled Babalawos/Babalorishas, is the Irokere, an artistically worked animal tail, a fly whisker.

The horsetail whisker is a symbol of authority and state. It can be used to decorate shrines but most commonly use by chief priests and female priests as a symbol of their power 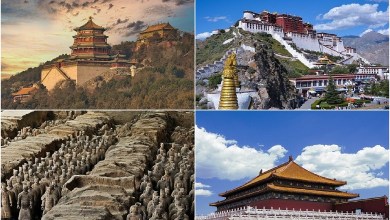