Has the electoral period been more devastating in terms of friendship? Battles on Facebook, wars on Twitter, controversies on Instagram and quarrels by Snapchat interposed, these are only around me. What begins in ideological discussion ends in pain and bitterness.

People provoke each other, they demand that those who support or not support such a candidate leave their social network, to cut the bridges with family and friends, all because of political differences. I dare hardly imagine the atmosphere of the next thanksgiving dinner! Voters feel that the issues of this election are terribly high. It is certain that political philosophy is important and that it carries with it high stakes. However, the partisan struggle for the control of the state apparatus by this or that temporary leader is not as important as the election campaign seems to suggest. You could very well be manipulated. But friendship and family are too precious goods to be thrown to the nettles for ephemeral reasons.

It is a pity to arrive at definitive breaks without any necessity. People who rearrange their personal relationships according to the elections imagine they are taking their destiny into their own hands. They do not seem to realize that in reality they let foreigners take control of their lives – foreigners who do not care a great deal about them, in a system that seeks to divide people to better conquer them. Allowing politics to profoundly alter such an important link as friendship is tantamount to giving politicians much more importance than they deserve. But be careful, of course. If a member of your network is deliberately trolling, urging you to respond and constantly harassing you, the best reaction is to block him/her. Not to respond, not to launch into an escalation of arguments, just to block the person, quietly, without drama, without notice and especially without report. Most of the public people I know have blocked more than 100 relationships for a year, simply because the election period has been the subject of controversy like never before.

The extreme right and the extreme left (which, oddly enough, agree on many things) have shown themselves to be particularly skilled at envenoming discussions on social networks. Blocking their representatives is a much better solution than confronting them. The malicious exchanges on the internet can quickly become devouring and rotting your life. People who seek to exhaust yourself thus deserve nothing but the exclusion of your circle of conversation. But apart from these particular cases, it seems perfectly useless for me to land people out of your life for reasons of political divergence. First of all, by depriving yourself of access to other points of view, you risk isolating yourself from a critique that might teach you something you need to know about any Life subject in general, but perhaps also in politics. Then, exchanging with people who profess different opinions requires you to remain coherent and to speak with civility, indispensable conditions to eventually convince them.

Finally, and this is the essential point, to isolate oneself, to hate others because of their opinions and to consider them unworthy of being treated with respect – all this is exactly what the political system wants you to do.

Last three year, a friend of mine raised an objection to the above. As a liberal, he said, he believes that anyone who supports the actions of the party even very superficially, without necessarily having much thought contributes, knowingly or not, to a movement opinion that supports rising political violence. According to him, the only friends who deserve to take a little of his time must adhere resolutely to his own perspective, otherwise he regards them as a direct threat to his life and freedom.

That seems to me to be exaggeratedly severe. In reality, most people who support a particular party action do not consider themselves violent. They think that they are acting in the interests of others and that it may be even better for society as a whole. For example, if someone is of the opinion that public spending on education should be increased, he thinks he is advocating for a policy that is attentive to the needs of others, certainly not to violence against Taxpayers by asking them to finance impracticable measures. How do you hope to convince him otherwise if you cut all the bridges?

It is not just Liberals like the friend mentioned above who can think so. Another close friend, left very relaxed in his opinions, believed hard on the problem of corruption like most of his fellow left-wingers. I had no idea until the subject surfaced at the time of the group discussion. I was just expressing my doubts that corruption was really established about causes and effects, about solutions, costs, benefits, and so on. I think I can say that I was very measured in my comments and yet, he became mad. He began calling me a “looter, haters and wailing wailers,” a cracked and conspiracy capitalist, and then simply left the conversation and that’s where our relationship ended. I was amazed, at the most I had manifested, with how many precautions, a disagreement with him. But apparently, he had come to consider that anyone who did not share his opinions is responsible for the bad economy, supporting the looters and advocating corruption, even though I had very little written on these subjects.

Perfect example of someone who let the politicians take control of their lives until they know who their friends are. With the result that we are both spiritually poorer since our friendship is broken. Not to mention that the invasion of personal identity by political considerations left and right has toxic effects on our ability to find value in others. Imagine what I would feel if you thought that the fact that I am black represents an indelible stain on the order of the world. There would be no chance of rapprochement; After all, I cannot change my race. And what would happen if I believed that your white colour, your homosexuality, your atheism or what I know… will precipitate demographic or cultural destruction? How could we just be polite to each other? Identity-based politics causes precisely this sort of irrational and useless fracture among us.

What the liberal and the socialist mentioned above do not see that they are guilty of the same error, that of letting politics submerge their lives and determine the conditions of their personal happiness. Once you set foot in this gear, there is simply no longer any limit that holds. Should you share all your political convictions with the comma near to be your friend? Should zero tolerance prevail, even for minor differences of opinion, priority, application and objectives of your particular ideological conception? To put it another way, should all your friends think exactly like you?

If you think the answer is yes, there are other possible considerations: there is little interest in being friends and engaging in conversation with someone who has exactly the same opinions you have on everything. It even seems downright boring just as much to stay at home and reflect on his own infallibility. I like to think about friendship and economic exchanges. In economics, goods and services are not exchanged on a plane of perfect identity. There is exchange because each party thinks it will be richer after the exchange. It is only in the presence of unequal expectations that the exchange becomes mutually enriching.

The same is true of friendship. We need to hear different points of view. We need the ideas of others. Even if we do not share everything, we can always hope to better understand the world by paying attention to what others have to say – with sincerity, warmth and honesty. In other words, a friendship of this calibre makes us humble, it helps us to keep an open mind and makes us available to learn. On the other hand, it is also not a good idea to end a friendship by loyalty to a particular candidate. Our two main contenders for the presidency have expressed a wide range of different and even conflicting views on a wide range of political issues ranging from corruption to war to ethnic crises. These politicians are formatted to adapt to the slightest evolution of the polls. Following one or the other trace to the point of seeing your personal relationships affected amounts to taking the risk of compromising your own intellectual integrity. Neither of them is worth such a sacrifice.

One of the great tragedies of politics is that it can transform naturally peaceful, loyal and friendly people into fierce enemies. It is always what strikes me most when I see a political rally and observe the face-to-face confrontation between partisans and opponents. What are the expected benefits of such a confrontation? Place the same in a mall, movie theatre or restaurant, they would have every reason to agree and absolutely no to throw obscenities in the face. We should stick to this idea: we are all human beings who are filled with feelings, hopes and dreams; we all have a vision of what “to live well” means – no exception, it concerns everyone, irrespective of race, religion, gender, or ideology. Politics should not change this state of affairs. If we want to see a better world where mutual understanding and peace prevail, one of the best ways to achieve this is to live as if this world already existed. Above all, never allow politics to interfere with enriching human relationships.

Reasons for the failure of black peoples of Africa 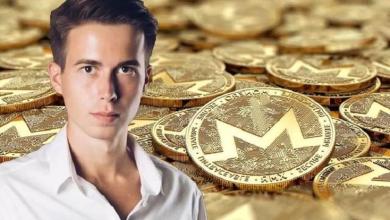 Nigeria: The Obsession of Lying In Politics 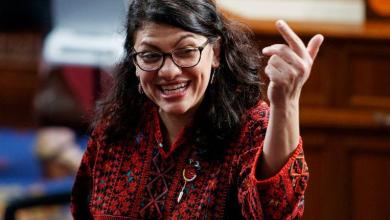 Rashida made herself strong to Trump: “impeach the motherfucker”