Archaeologists have discovered a 1200-Year-Old factory in Israel but the vast discovery through more light on how soap was made in Ancient Israel.

The history of soap making is more than three thousand years old. It all started back in ancient Mesopotamia. Recently, archaeologists have discovered a whole soap factory in Israel, which is more than 1200 years old! According to experts, such an ancient structure of this kind was discovered by science for the first time. Before this, all found soap works belonged to much later periods of history. What did the experts learn from these excavations?

The first written records of soap were made in cuneiform over 5000 years ago. Cuneiform writing is an ancient Sumerian writing system that used clay tablets. In ancient times, soap was not made from animal fats but olive oil. All surviving written sources report this. Soap factories were an essential part of the region’s economy from the Middle Ages until the early 20th century.

The discovered structure was once a vast and luxurious building. This soap factory is the oldest of all found by archaeologists before this time. It belongs to the period of Islamic Abbasids, after the conquest of the region by the Arabs. The discovery was made in the Israeli Negev desert. This is the territory of the Bedouin city of Rahat.

The history of soap production goes back thousands of years. In Mesopotamia, the animal fat of cows, sheep, and goats, mixed with water, alkali, and wood ash, was used to make soap. Pliny the Elder, at the beginning of the 1st century, wrote about soap. In his writings, he mentioned how the Gauls applied this substance to their hair to reddish. These peoples used beef tallow and ash in the production of soap.

The soap-making process was complex, requiring skill and patience. Ash was obtained by burning a plant of the Amaranth family – a soda hodgepodge. The resulting mixture was boiled for a week; then, it was poured into a huge container and left in it to harden for another ten days. After that, it was possible to cut the soap into pieces and then dry it for about sixty days.

In addition to soap-making tools, archaeologists have found a strategic game called “Windmill” in an old factory. A limestone board was used for this, and it was customary to play this game in the 2-3 centuries AD. “This game is known to have been played in ancient Egypt and Mesopotamia more than four thousand years ago,” says the excavation director, “and involved two players throwing dice or sticks to move up the board and reach a specific point”.

Experts are highly pleased with such a unique archaeological find. This will allow them to recreate the entire traditional soap-making production process ultimately. After all, everything that was found earlier belonged to the late period of the Ottoman Empire. The excavation director Elena Kogen Zehavi believes that the importance of this discovery can hardly be overestimated.

At the time, soap was not as ordinary and affordable as it is today. But an area where heat, sand, and wind made personal hygiene exceptionally demanding, soap was a precious and necessary product. The only civilization that did not use soap was the Romans. They anointed the body with aromatic oils, then scraped the dirt and grease from the skin with a unique metal or reed tool known as a shear. After that, they bathed in water or took a bath.

In the found soap factory, experts found things that indicate that a family lived there. Soap making was a family business. Archaeologists claim that soap was exported from here in very impressive quantities to other countries.

According to the mayor of Rahat, Fahiz Abu Saheeben, the excavation of the soap factory “revealed the Islamic roots of Rahat.” It seems that the joint efforts in the crater of this old soap factory-inspired people. Mayor Saheeben comments: “We are proud of the excavation and are happy that it was carried out in cooperation with the local community.

Top 5 famous women who were summoned for witch trials 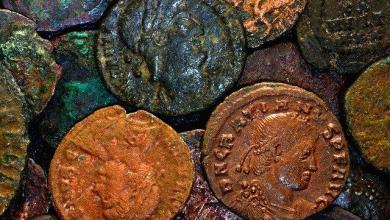