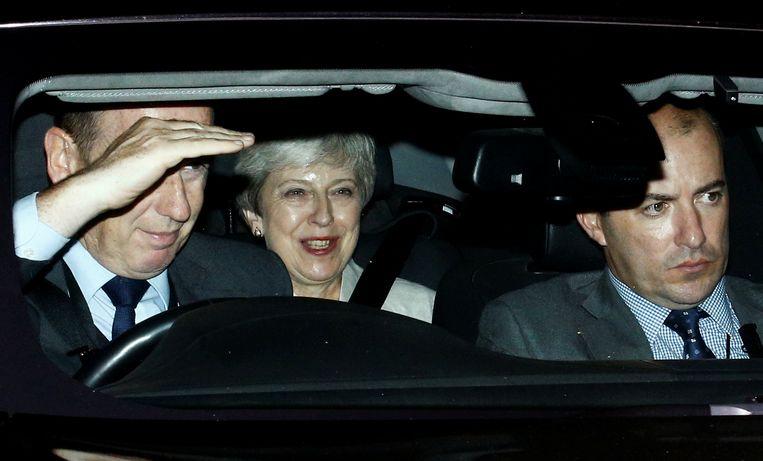 In recent years, former British Prime Minister May has been biting her teeth on the Brexit headache file, and it has not been made accessible by her rival Boris Johnson, who eventually took her place with the promise to chase the Brexit through it quickly.

That promise failed last night when 21 Tories rebelled and joined the opposition, helping to adopt a motion saying that the UK should not leave the EU on 31 October without an exit agreement. Johnson lost the vote by 301 to 328 votes.

A bittersweet victory for Theresa May, who, like The Guardian, ironically commented “without a shred of complacency on her completely loyal face,” let herself be pictured while driving away from parliament after the vote. By the way, May herself would vote in favor of the government and would therefore not have supported the ‘rebel’.

The smiling Theresa May was not the only somewhat childish image of that evening. Earlier, the rather indifferent attitude of the conservative Brexit hardliner Jacob Rees-Mogg in parliament stood out. The man lay in front of the eyes of the nation (and the world) on a parliament bench.

During the session, other MPs already criticized the quote for his arrogant attitude, and the image was also mercilessly condemned on Twitter afterward: “The physical embodiment of arrogance, entitlement (a strong feeling of being entitled to something, ed.), disrespect, and contempt for our parliament”, Labour MP Anna Turley wrote on Twitter.

Someone else drew a straight line from Rees-Mogg’s arrogant attitude to the declining value of the British pound since the ongoing Brexit problems.

Finally, one last, somewhat childish image that appeared on Twitter: the leaked request to the Conservatives who were kicked out of the party to remove themselves “tonight” from the joint WhatsApp group they had together: