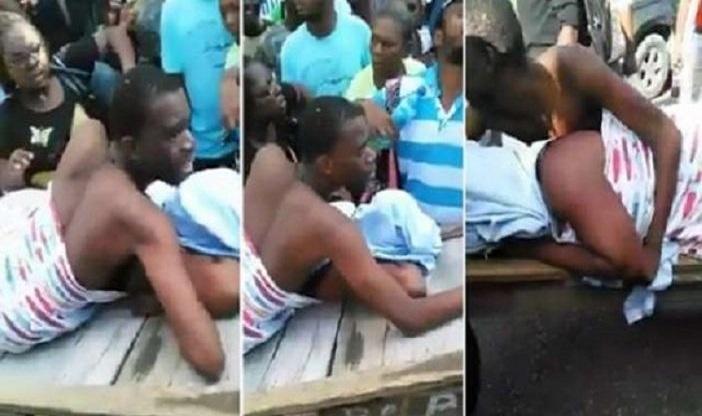 Several incredible events have been recorded in Africa for this year and among them, adulterous couples found glued during sex. Various reasons were given for why men could not withdraw when they finished with their concubines.

Some versions argue that these facts are caused by curses cast on unfaithful partners. We have not yet received scientific explanations on how this is possible. Anyway, these things happen and it’s a safe bet that they will continue to happen.

1. A Ugandan musician stuck between the legs of another singer

A Ugandan singer-songwriter, San Yo, took the wife of another very popular musician, Abdul Mulaasi, to a local hotel to “have fun”. But after their escapade, they could not separate because her private part refused to leave the woman. Of course, it created a buzz and made people talk.

2. A former church young man surprised with his friend’s wife

A former man from a church was stuck between the legs of his friend’s wife during love making with her at Ibiono Ibom in Akwa Ibom State, Nigeria. The woman’s husband, Ekanem, went fishing when young men came to tell him that the village chief wanted to see him as soon as possible.

3. Kenyan finds himself stuck inside his tenant

A police station in the Kitale region of Kenya witnessed the scene of a dramatic scene of a man who was trapped inside the woman who owned the house he rented on June 8, 2018. A teeming crowd gathered to catch a glimpse of this strange spectacle.

4. A married woman stuck with her lover

A married woman and her lover remained stuck at the edge of the love making in Twifo Praso, central Ghana. The man could not withdraw his private part after finishing. The couple, who would have been in love for years, had gone to a local motel to satisfy their sezx pleasures when the unfortunate incident occurred.

5. A man stuck in a woman in Sunyani, Ghana

A man and a woman who had sezx at a hotel in Sunyani, Ghana found themselves stuck during the act. Eyewitnesses told the Ghana News Agency that the two lovers in their 30s had booked for a “short stay,” but when their time was up, an investigation into why they did not come out revealed that the pen!s of the man could not come out of that of the woman.