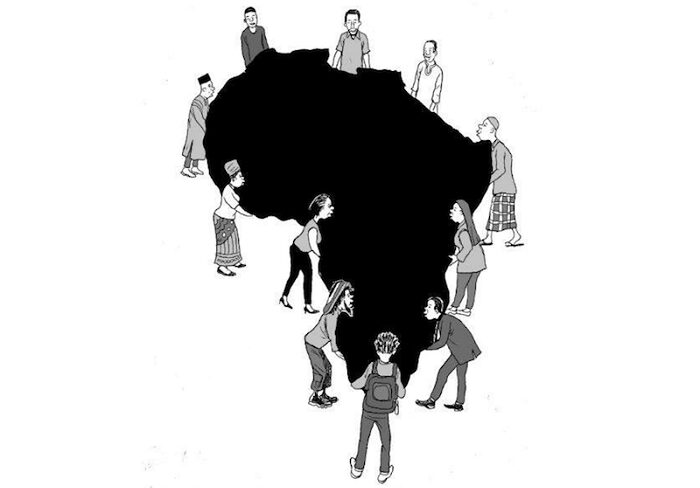 British Prime Minister Theresa May’s pledge of $5.1 billion, followed by Chinese President Xi Jinping’s $60 billion in loans and aid, show interest in Africa. However, the way to help Africa is poorly understood by the West. The development approach to adopt, and the policies to be implemented, are points on which African leaders and their partners have been mistaken for years. How?

Loans without the requirement of financial transparency

Economists have trouble answering many questions. How many loans does the continent need? Is it solvent enough to repay without being in financial difficulty? The answer is simple: the financial administrative structures in Africa are not sufficiently transparent to allow a rigorous accounting of public finances. For example, the lending facilities of the IMF and the World Bank in the 1980s were a major failure because of the lack of transparency of recipient countries. And instead of repaying their creditors, the states have become more indebted to the point of demanding the cancellation of debts, especially during the initiative of 2005. And it is not ready to change, since China drowns the continent of debt through its indiscriminate loans.

The noble intentions of international donors have seriously harmed them as well as the African recipients. They almost destroyed the private sector, which is the foundation of the African economy, and turned the continent into an economic dump. When foreign donations aim to alleviate the effects of a crisis in the short term, donations rarely solve the problem. Instead, spilling free goods creates unfair competition, pushing local businesses out of the market. For example, many international donations of food and clothing for victims of the Boko Haram insurgency in northeastern Nigeria have found themselves outside the country. These donations have put many local traders out of business as Nigeria has local industries that could have met that demand. A similar scenario has led to economic problems for Rwanda, Zaire, Ethiopia, Somalia and many other countries. Aid is currently affecting the performance of local businesses in the Sahel region, where famine and drought are attracting donations from abroad.

The idea that taxes can finance development is absurd. Africa cannot for two reasons: firstly, the average income in Africa is low and, secondly, economies thrive only when individuals are allowed to keep the maximum of their income. If more than half of the continent is already living below the poverty line, what proportion of their income can be credibly demanded that they give in to the government as an additional tax? As for companies that take huge risks to invest on the continent, should they be subject to exorbitant tax rates to finance the lifestyle of corrupt governments?

Currently, many countries have introduced a multi-level tax system to collect taxes from businesses, regardless of their financial situation or size. This does not take into account the fact that most business owners lose money in corruption and mandatory social security contributions.

Most African governments are too big, too bureaucratic and corrupt. But things did not always happen like that. Before colonization, Africa was a place of distinct tribes, with independent governments subject to systemic counterpowers. Settlers have merged the tribes into one centralized administrative unit for reasons of governance, and certainly not to serve the interests of Africans.

In fact, development cannot be orchestrated from these bureaucratic central governments. When the needs of each tribe constituting these fictitious unions differ. Only local councils really know the needs of their citizens and are therefore best placed to meet them. Images that attract foreign donors are poor people in remote rural communities. But many of these people are cut off from the central administration. Rather than working directly with these rural communities and taking into account their dynamics, foreign donors give all their assistance to central governments that do not have sufficient knowledge of the real needs of these communities.

Adam Smith, in his book “The Wealth of Nations,” has convincingly demonstrated that an impartial justice system promotes economic progress. He stressed the importance of the legal system acting as a fair mediator in disputes between the state and its citizens, as well as between citizens of different social strata. Currently, justice is still the weak link in Africa. If donors could put pressure on African governments to encourage them to improve their judicial system, many other reforms could take root.

Then, it is necessary to limit the power of the State and that of the courtiers who revolve around. We must also limit the weight of the administration and respect the rights of the individual. These are prerequisites for economic progress. But throughout Africa, the justice system protects the state and its friends, especially in cases of property disputes and human rights abuses. For example, the land expropriation policy proposed by the South African Government, which divides the country according to racial criteria, has already had negative effects on the agricultural sector. Likewise, neighbouring Zimbabwe collapsed as a result of similar decisions not so long ago.

Innocent Africans have suffered greatly from the actions of selfish rulers. The only thing they deserve to move forward is the right to realize their potential and to seek happiness without the interference of the state. Such an altruistic policy is apparently noble only if it is carefully contextualized to clearly assess its consequences.

Military coups in Africa, from Zimbabwe to Sudan