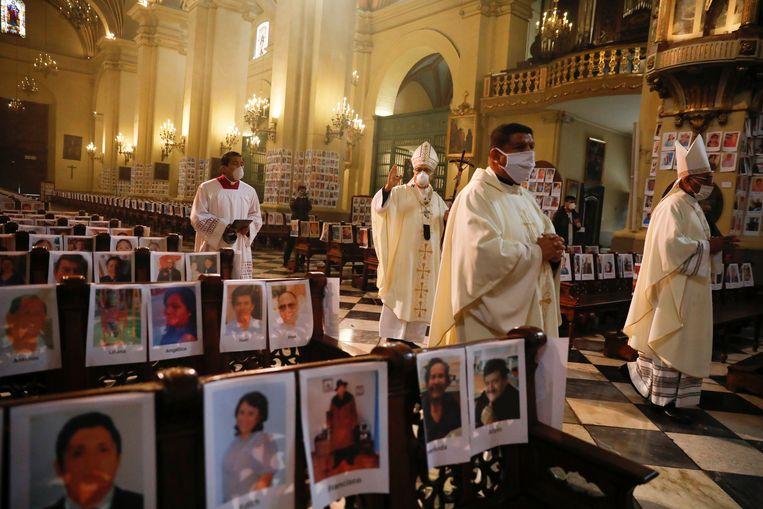 With a head in the throat, the Archbishop of Lima, Carlos Castillo, paid tribute to the deceased corona victims in Peru yesterday during a mass celebration.

The clergyman covered the cathedral’s chairs and walls with more than 5,000 photographs of Peruvians dying from the effects of the coronavirus. “It would be terrible if more pictures were added,” said Castillo during his homily.

The man also criticized the politicians in Peru. According to him, the health system is mainly “based on selfishness and on things that show little solidarity”. Many Peruvians could not rely on healthcare without running into financial difficulties, the archbishop said indignantly.

For days, Castillo and his staff filled the cathedral with images of the victims: mothers, fathers, doctors, agents, firefighters, cleaners, babies, and grandparents embracing their grandchildren.

In Peru, at least 6,400 people died from the effects of Covid-19, more than 225,000 others became infected. This is evident from the figures of the renowned Johns Hopkins University.