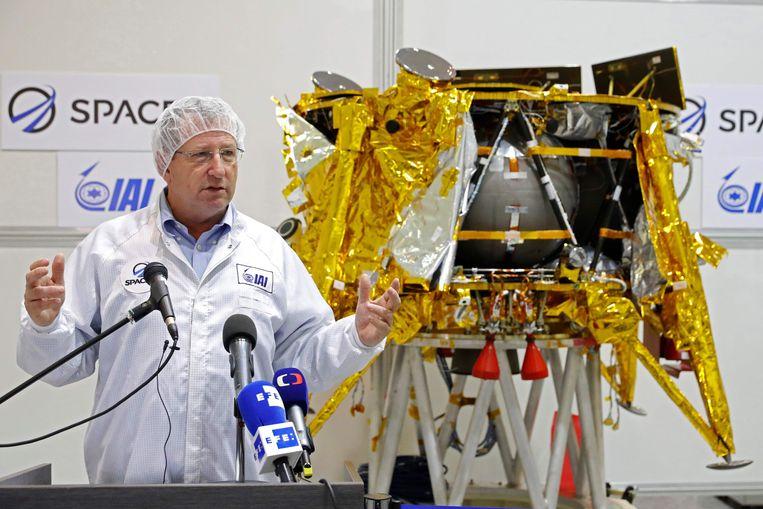 Israel already wrote history last week with a first private moon mission, but on top of that, the country ensures that our rich history will never be forgotten. After all, the Israeli spaceship carries an archive or library of 30 million pages.

That huge archive – that bears the name ‘Lunar Library’ – Is compressed into one metal disk that looks like a square DVD. Fortunately, because the spaceship is only as big as a washing machine. The purpose of the DVD is not to inform aliens about life on earth, but it is a kind of back-up of human civilization. The metal disc should survive for at least six billion years, which could inform our distant descendants of our rich history. “That way they can learn from the mistakes we made,” said Nova Spivack, co-founder of the Arch Mission Foundation, one of the organizations that realized the project.

What exactly is on that disk? The full English version of Wikipedia, tens of thousands of fiction and non-fiction books, manuals and a manual for 5,000 different languages with no less than one and a half billion sample translations. There was also room for children’s songs and drawings, and numerous writings about Israeli culture and history.

The ‘moon probe’ the size of a washing machine and the robot ‘Beresheet’ – which will plant the special DVD on the moon – were launched in the night of 21 to 22 February by a Falcon 9 rocket from Elon Musks SpaceX. Presumably, they will land on the moon on April 11, 2019.

Last year Arch Mission Foundation organization already placed a disc with the famous science fiction books of the ‘Foundation’ trilogy by Isaac Asimov in the glove compartment of the red Tesla Roadster. That Tesla was launched in orbit around the sun and is still there.

Israel PM visits Egypt for the first time in decade

How 9/11 attack pushed the Westerners closer to Israel