This is a bad news that has hit Cameroon football. In the country of Samuel Eto’o, football has been plunged into a serious crisis to one year of the 2019 African Cup of Nations that the country organizes.

So it is the championships of Ligue 1 and Ligue 2 Cameroon will not take place anymore. The reason given is that the professional football league is unable to organize matches.

For the time being no date for recovery has been given. It must be said that it is a radical decision that has just taken the professional football league Cameroon, failing to have been heard by the state.

Pierre Semengue, the president of the league, said it was “impossible to continue the organization of championships (Ligue 1 and Ligue 2) for lack of financial means.”

Ahmad Ahmad, the president of the African Football Confederation, lamented delays in building infrastructure. Given all this, it will not be surprising that the country of Samuel Eto’o is removed from the organization of the CAN.

Science reveals "the perfect age" to become a mother

Ghanaian pastor asks members to pay before touching him 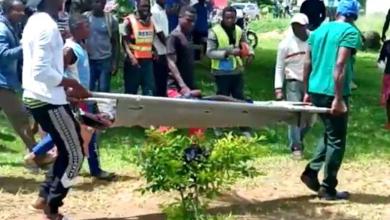