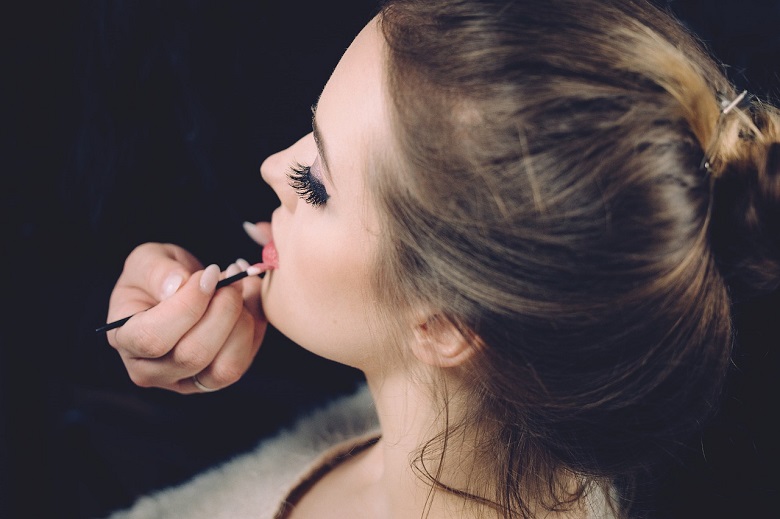 At all times, in pursuance of beauty, females have tried to improve their faces with the help of cosmetics. Cosmetics from the century to the century have changed and improved.

One of the most ancient cosmetics was blush. A blush appeared in the bygone era when primitive tribes began to paint their faces with colors. In ancient Egypt, the blush also knows.

The ancient Egyptian women first began to apply mulberry berries to the cheeks and cheekbones in the grated form. After them, the blush use in ancient Greece too – the girls painted cheekbones and cheeks with the juice of beets or strawberries. Girls for such procedures used any red berries to brown their pale skin face then.

A slight blush in ancient Egypt was made from ochre – a mineral consisting of iron oxide hydrate with an admixture of clay. The mineral was accessible and lay underfoot. Ochre also used primitive people as a red dye. To get blush to ochre, the ancient Egyptians added fat and, possibly, tar or wax. In ancient Greece, rouge was applied almost in the same way as in modern make-up – on the apple cheeks, which gave the beauties freshness and helped hide the age.

In the Middle Ages, the pale skin of the face came into fashion. Notable ladies were not allowed to have a tan, as peasants who spent the whole day in the sun in the fields. Aristocrats began to have pale porcelain skin. Blush disappeared from the beautician’s cosmetic bags. But they remained in the homes of peasant women, among whom the pink cheeks remained a sign of health.

For the production of blush, the first manufacturers, using inexperience, used poisonous substances, as in the cosmetics used in the Middle Ages, they discovered mercury compounds. Women suffered from headaches, weakness, lost sight.

During excavations in the body of noble persons, mercury compounds find. Slow poisoning led to diseases and premature death. Only in the seventeenth century did the danger of such blush reveal and forbade the addition of mercury compounds. Religion also soon imposed a ban on make-up because it deceives others.

At the beginning century, the fashion for blush comes back; blush appears in liquid infusions, lipsticks, powders. Women put blush on the cheekbones and did not practically shade, leaving strips, but a little later, they learned to correct the face and hide the extensive features with the correct application of cosmetics and blush. Cosmetic products pack in luxurious jars and bottles.

To date, rouge produces loose and compressed powders, balls, lipsticks, paper leaves in “little books.” From chemical dyes, producers return to natural ones. Toxic and allergy-causing substances not use.