A 10-year-old boy, Jibril, has been saved from the hands of his stepmother. The teenage boy was chained together with animals and molested by the woman for more than two years.

According to a viral video that makes the rounds in Nigeria, this boy was identified as Jibril. He was chained with animals for two years by his stepmother. His mother died two years ago. He wasn’t given shelter, clothing, food, not to talk about health care.

He was abused by the same people as an animal to the extent that he fed on the leftover food until he was rescued by a human rights activist. As a result of monstrous and disgraceful treatment, he was subjected to, he completely lost his senses and behaved exactly like an animal.

What is most absurd about the incident is the fact that his father lived with them in the same house while the boy was undergoing this inhuman and cruel treatment from his stepmother.

Jubril’s two stepmothers, together with his father, are currently in custody. While the 10-year-old Jibril undergoes treatment and rehabilitation at the Federal Medical Center Birnin Kebbi in Nigeria. What they did to the teenage boy is the highest level of barbarism and extreme cruelty.

Man’s heart is indeed evil, what could this little boy have done for the stepmother to give him such terrible treatment? This is the highest level of abuse anyone can ever assume in this contemporary time.

Read more from the pictures below: 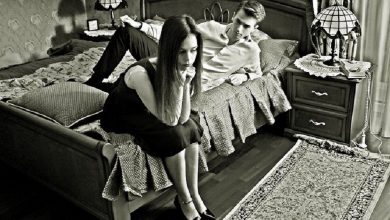