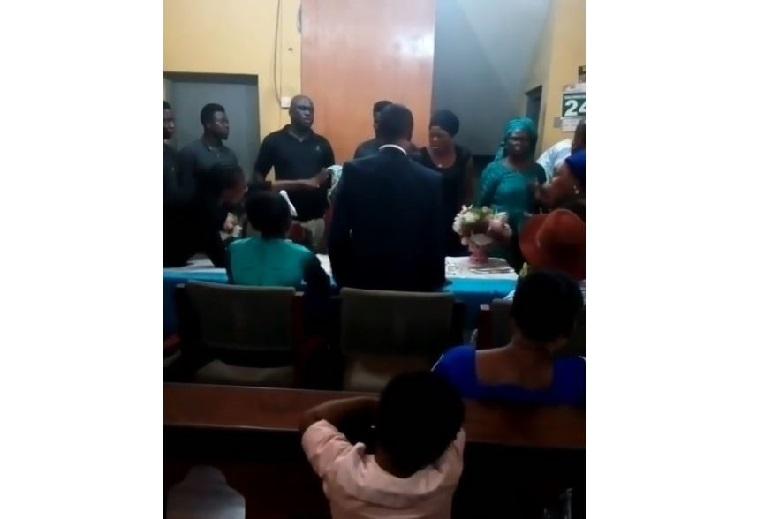 A mild uproar at Ikoyi registry, when a bride refused to kiss her husband during their wedding in the Lagos state of Nigeria. A video was made showing the disorder caused by a woman from the Ikoyi registry recently.

The woman is set to marry her fiancé when the tragedy developed after refusing to kiss him. The dramas began shortly after the exchange of votes and before the signing of their marriage certificate in the Ikoyi registry on Saturday, November 17.

The woman and her man were invited to kiss and the kiss is to formalize the union. Which is a norm and should not be a problem. However, the woman refused completely to kiss her husband.

The witnesses revealed that the woman had explained that it was forbidden to kiss, kiss in public or in church. Although the observers begged her to kiss her man. The woman was unshakable when court officials tried to explain the importance of the kiss.

Her refusal to kiss her husband delayed the ceremony by almost 20 minutes, as employees also refused to go further with the ceremony.

Watch a video that shows the commotion in the registry below: