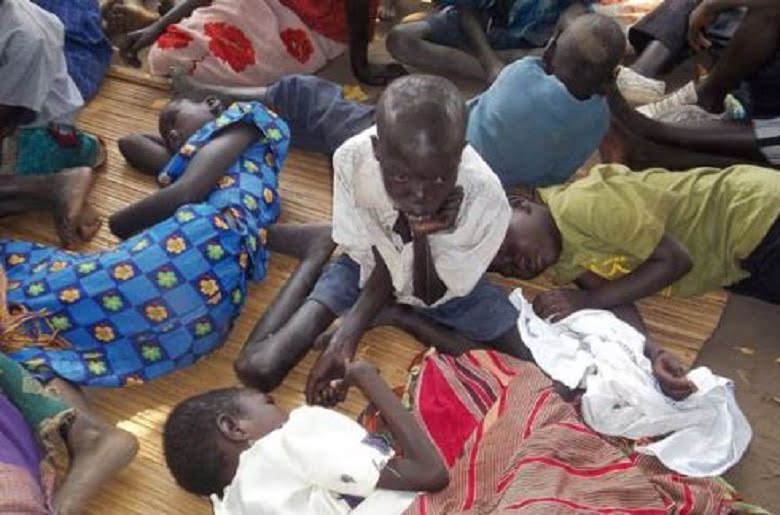 For several years now, Cameroonian scientist Joseph Nelson Siewe Fodjo has been working with African scientists to investigate the cause of nodding disease, a form of epilepsy that only affects children.

The researcher discovered that river blindness, the most common type of blindness caused by a parasitic worm worldwide, is the root cause. This means that the nodule disease can be easily controlled with the anti-parasite drug ‘Ivermectin’ and by destroying the black fly that carries the worm.

Epilepsy affects more than 50 million people worldwide. A vast number of them live in areas in Africa where river blindness occurs.

However, the reason for this was unknown until now. But a researcher from the University of Antwerp, the Cameroonian Joseph Nelson Siewe Fodjo, is now changing that.

He researched the relationship between river blindness and nodding disease together with Professor Robert (Bob) Colebunders.

The scientific research showed that epilepsy was indeed rampant in areas where river blindness was not controlled, for example, in Cameroon, the Democratic Republic of the Congo, and South Sudan.

In some villages, more than 5 percent of the inhabitants suffered from it. “We saw that young children between the ages of 8 and 12 suddenly started having epileptic seizures and had cognitive and growth retardation,” says Dr. Siewe.

“And that while there was nothing wrong before. Often it even concerned several children within one family. As a result, we noticed something: the affected families often lived close to breeding grounds for the black fly. And this insect is the carrier of the parasitic worm Onchocerca volvulus, which causes river blindness.”

This discovery can make a difference in the lives of the victims. After all, treatment with anti-epileptic medications is unaffordable for many, so that someone suffering from the condition rarely reaches the age of 30. But now that the cause is known, one can perfectly prevent nodding bulb disease.

A simple treatment with Ivermectin, the river blindness medicine twice a year, along with the eradication of the black fly, can completely wipe out river blindness and therefore nodding disease. “With the necessary efforts, the immense suffering of children with epilepsy and their families in many regions of Africa can be alleviated and hopefully even avoided,” concludes Professor Colebunders.

Further research must now show how the worm causes brain damage and, as a result, nodule disease, and other forms of epilepsy.