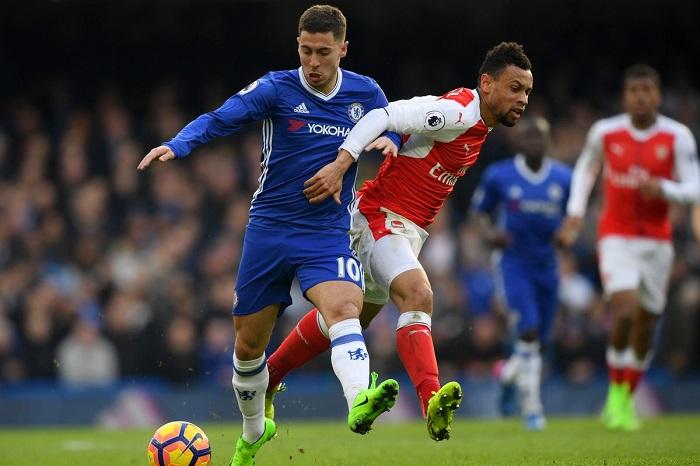 The International Centre for Sports Studies (CIES) unveiled on Monday the ranking of the best dribblers in the world.

According to a calculation based on the number and percentage of dribbles per game, Chelsea superstar Eden Hazard is the best dribbler in the world.

The data reveals that Hazard scored 6.4 dribbles in each game with a 75% success rate. He collected the index of 100 and ahead of Neymar and Lionel Messi who occupies the second and third place respectively.

Other Premier League players in the top 10 are: Arthur Masuaku of West Ham, Sofiane Boufal and Mario Lemina of Southampton and Manchester United star Paul Pogba is 12th.

Nine of the best dribblers in the top 15 are in France, proof that French football helps players to evolve in their careers.

The Belgian captain has already scored 15 goals for Chelsea this season and has created 11 goals for his teammates.