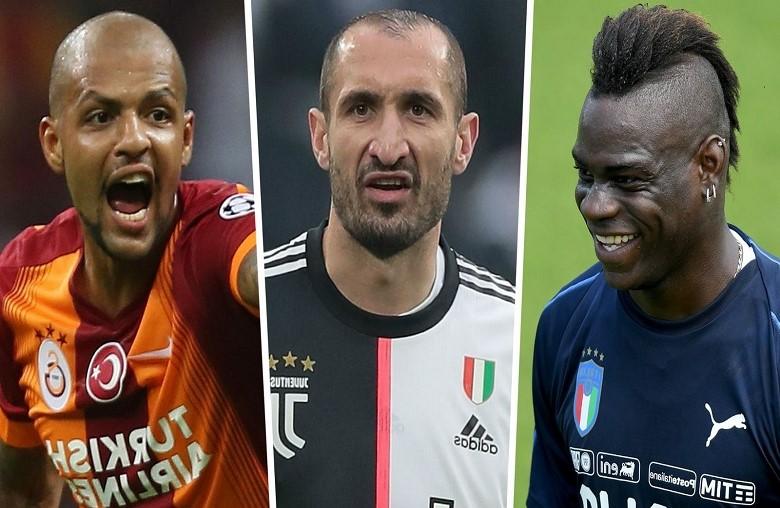 Giorgio Chiellini (35), Juventus’ hard-hitting defender, has won out to two of his former teammates. In his biography, Chiellini indicates to be “very disappointed” in Mario Balotelli (29) and Felipe Melo (36). “At the Confederations Cup of 2013, Mario really deserved a slap in the face. And Felipe is the worst of the worst.” In the meantime, Balotelli and Melo shot back with sharpness. “What a coward.”

“I’m especially disappointed in two players, as you’ll read in my book,” said Giorgio Chiellini in an interview with La Repubblica. In his autobiography, the Italian defender, who has been playing for Juventus since 2005 and has more than a hundred caps for Italy, gives his blunt opinion on Mario Balotelli and Felipe Melo. “These two players went beyond all borders.”

“Mario is a negative person, without any respect for the group,” Chiellini explains about Balotelli, with whom he played on the national team. “During the 2013 Confederations Cup in Brazil, he was never willing to help anyone. He really deserved a slap in the face. Some people said he was one of the five best strikers in the world. I didn’t agree with that. For me, he was never in the top ten or even the top twenty.”

Chiellini’s statements soon reached Balotelli. He immediately sent a reaction to the world via Instagram. “At least I’m sincere and have the courage to say things to someone’s face,” he lashes back.

“Since 2013, however, you’ve often had the chance to tell what’s bothering you, like a real man would. But you didn’t. What will you say about your current teammates one day? If it means being a champion, I’d rather not be. And by the way, I’ve always respected the Italian team.”

Chiellini and Balotelli are not best friends – that’s obvious. But even less so with Brazilian midfielder Felipe Melo, who played for Juve between 2009 and 2011. “He was the worst of the worst,” says Chiellini.

“I can’t stand people who have no respect and always want to be contrary. With Felipe Melo around, a fight was never far away. I said the same thing to the directors of Juve. He was a rotten apple.”

Those words also hit the wrong throat with Felipe Melo, now active at Palmeiras in his homeland. “I want to know what he’s talking about,” he reacts at the Gazzetta Dello Sport.

“I’ve always treated Juventus with respect. But now I have absolutely no respect for Chiellini. And that will never come back. He says that Balotelli should have been hit and that I was the worst of the worst? Well, he’s a coward himself. A shithead.”

“Maybe ‘this defender’ is still angry because I eliminated him and Juventus with Galatasaray in the group stage of the Champions League in 2013? Look, this is exactly how Chiellini is. He always pretends to be the best. But I also remember a 3-0 victory against Italy with Brazil at the 2009 Confederations Cup. We won that tournament, so maybe that still hurts him, since Chiellini has never won anything with Italy”.