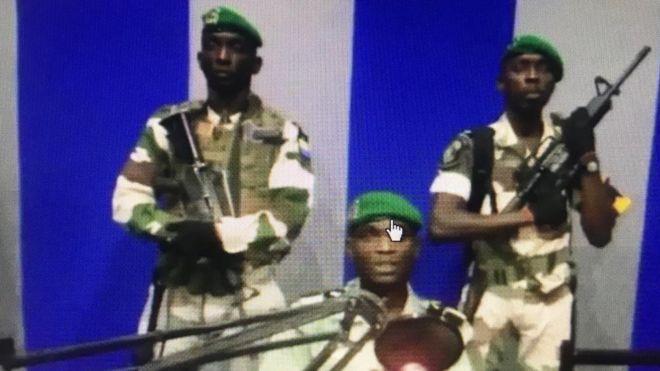 The latest coup d’etat attempt of January 7, 2019, in Gabon brought the debate back to a practice that throughout the second half of the twentieth century had almost become a normal mode of accession to power in Africa. In an African environment where democracy and alternation still struggle to prevail as rules of the political game, would Africa still be in the grip of the illusion of coup-therapy? What virtuous political transformations would pacify political life in Africa?

Generally speaking, a coup d’etat is understood as the use of force in the accession to political power within a state, either by military action or by a civil popular action, resulting in the illegal overthrow leaders in place. Studies by authors Jonathan Powell and Clayton Thyne record 475 coups worldwide, including more in Africa.

The putsch as “political therapy” has emerged as an “almost normal” mode of alternation. The case of the Central African Republic is sufficiently eloquent in this respect. This independent country since August 14, 1960, has had no less than 5 coups. While the free election struggles to impose itself as in many African states at the same time, the coup d’etat becomes the final arbiter of a sclerotic political game where the actors do not want to wait their turn, nor to pass the hand.

The coup-therapy has unfortunately emerged as a paradoxical political regulator. An almost identical dynamic is observable in Burkina Faso between 1966 and 2015. Burkina being beside the African country with the greatest number of the successful putsch, that is to say, 7, while Sudan holds the record of the greatest cumulative number of coups in a State, 14 in all.

The myth of “booted democracy”

The idea of a virtuous political transition imposed by force by the duo “trellis-boots” has made its way. Alain Antil noted on this subject that we can not say that all putsches are bad. In history, some have been timely. Examples of Ghana under Jerry Rawlings or Mali reinvented under Amadou Toumani Toure are very revealing.

However, the myth of the “garrison state” will soon come up against its own limits, the previous examples being very often only the tree that hides the forest. Even the 1999 Algiers Declaration by which the Heads of State and the African Union have registered against this practice of putsches will have changed nothing, since even the current President of the African Union in 2019, the Egyptian Al Sissi, himself born out of a 2013 coup d’etat.

Traditionally, coups have only led to private appropriation (family, clan, ethnic group, single party) and rentier power. The revolutionary promises of transformation and rupture that motivated initial action are rapidly collapsing. This is the theorization of the “loot war state” whose future is articulated between dismemberment and decay. In general, the underdevelopment of Africa, the lack of diversification of economies, are due to many coup d’etat. Rentier specialization in raw materials or extractive resources quickly became a model in the hands of warlords in Liberia, Sierra Leone, Nigeria under Sani Abacha, Burkina Faso, Guinea, Libya, Somalia, DRC, and other countries.

For his part, Raymond Carre de Malberg pointed out that there is no place in constitutional law for a legal theory of coup d’etat. Also, to get out of this practice, the urgency is to dialogue and to increase the role of Parliaments for a minimum of consensus. While the impact of parliaments varies from one country to another, one of the strengths of the continent lies in the strong community organization that remains a solid foundation of resilience and development that should not be overlooked.

The historic handshake in Kenya between the enemy “brothers” (Uhuru Kenyatta and Odinga), the peace diplomacy of Ethiopian Prime Minister Abiy Ahmed in the Horn of Africa, or the transition observed in the Democratic Republic of Congo between presidents Kabila and Tshisekedi, are so many revealers of the power of dialogue, to silence forever the power of arms and violence in the political dynamics of Africa. Putsch therapy cannot substitute for healthy competition to promote peaceful alternation and ultimately consolidate democracy in Africa.