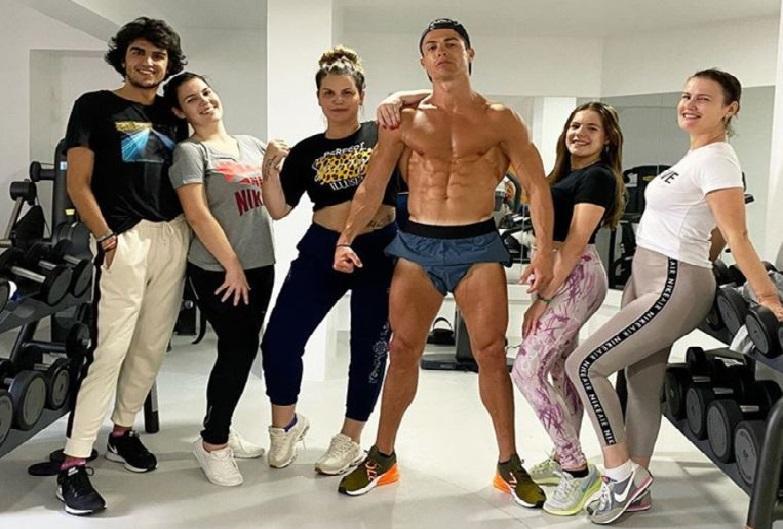 Quarantine or not, Cristiano Ronaldo remains in top shape. Juventus Portuguese spends the corona crisis in Madeira with his family. That clearly does not prevent him from getting ready for when the ball rolls again.

Ronaldo traveled to Madeira about two weeks ago to visit his mother – who was hospitalized after a stroke. Just then, Italy announced a total lockdown in the full corona crisis. At the core of Juventus, there were three infections: Daniele Rugani, Blaise Matuidi, and Paulo Dybala. Ronaldo also underwent a test, but it turned out negative.

Meanwhile, mother Dolores is already improving, but the Serie A and Champions League, among others, have been shut down. So the star soccer player stayed with his family in Portugal.

Ronaldo continues to work hard there, according to the post on Instagram of sister Katia. “We continue the fight at home. Together with the family, we take care of the body and mind! ”

The coronavirus has already thrown a lot of spanner in the works of CR7. The five-time Ballon d’Or winner was on a strong season in Italy with 21 goals in 22 games.

In the Champions League, he faced a challenge after the 1-0 loss to Lyon in the 1/8 finals. Next summer, he would defend the European title with Portugal, but the European Championship was postponed by a year.