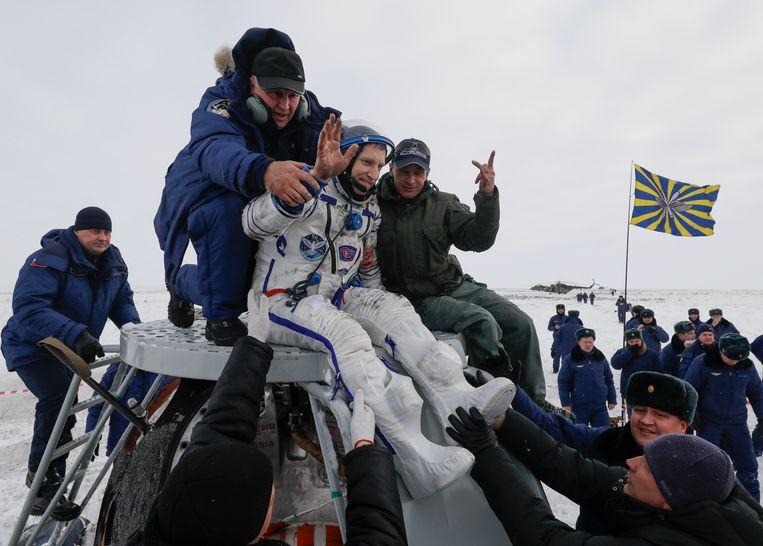 A Russian Soyuz capsule has landed safely in the steppes of Kazakhstan today. With the capsule, three spacemen returned to Earth after a stay at the ISS International Space Station.

The Soyuz capsule was moored from the ISS at 1.40 am Greenwich Mean Time (GMT) and landed in Kazakhstan just after 5 o’clock. The return was followed very closely, because in August there was pressure loss in the ISS through a hole in the wall of the living module of the Soyuz. The problem was solved quickly, but the cause is not yet known. It may be sabotage.

On board of the capsule were the German Alexander Gerst on behalf of the European space agency ESA, the Russian Soyuz master Sergey Prokopjev and the American astronaut Serena Aunon-Chancellor. In the ISS, the Russian Oleg Kononenko, the American Anne McClain and the Canadian David Saint-Jacques are left behind.

Two cosmonauts have also carved in the outer wall of the Soyuz during a risky spacewalk last week to collect samples. These samples flew with the Soyuz for analysis at the secret service FSB. The Soyuz undergoes temperatures of up to 2,500 degrees Celsius during the return to the atmosphere.

On February 1, 2003, the Columbia American space shuttle collapsed, because during the launch a piece of polystyrene foam had struck a hole in a wing and during the dive into the atmosphere hot gases could penetrate the space shuttle. The seven occupied astronauts were then killed.