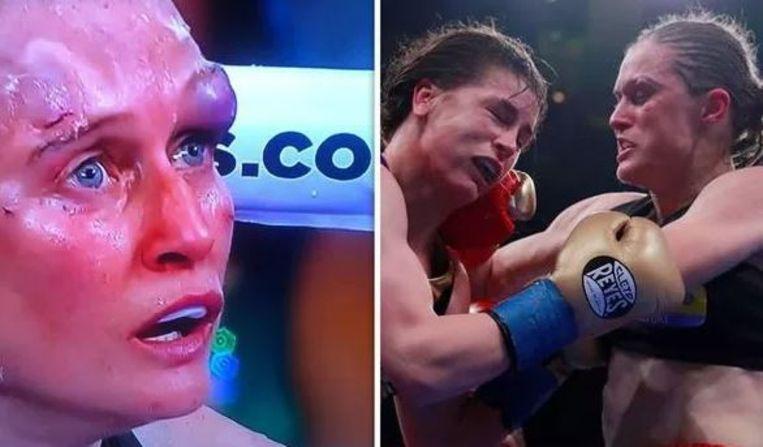 Delfine Persoon was inconsolable on Saturday after the undeserved defeat against Katie Taylor in the fight for the WBC, WBO, WBA and IBF world titles in New York. Yet the 34-year-old boxer does not yet want to make a decision about her future: “First I want to see the camp myself – round by round.”

It came in hard for Delfine Persoon, the result of the jury. One chose undecided, two others attributed the victory to Katie Taylor. West Flanders had indicated in advance that a defeat could be her farewell – if she was beaten. Whether or not the police officer stops looking at it, she first wants to think about that.

“I want to see the camp myself first, round by round,” Persoon just said. “Only then will I make a decision about my future.”

“Well, I knew in advance that I was going to have to finish it before the end and that didn’t work out. I have bothered too much with character and too little with my head. I had the chance more than once I put her in the dark, but she always grabbed me. If I take a step back, I just knock her out and there was no discussion now. It could have been so beautiful, this is such a shame.”

On Saturday, in full disappointment, Persoon still said: “It is done for me.” She does not retract those words, only nuances them. “I meant primarily financially. I have to start again, rebuild. Boxing is my passion and I do want to continue but I have to take everything into account. I still have to work…”

Yesterday at 6.30 pm, Delfine Persoon in JFK board the plane to Zaventem, and on Thursday she will resume her shift with the police.