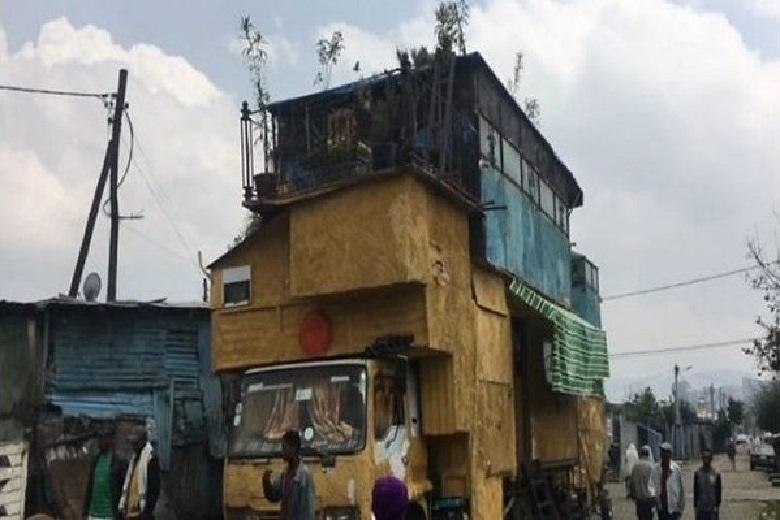 Abinet Tadesse is an inventor and garage owner who loved spending time in his truck. For love he has on his car, he builds 3-bedrooms, 2-living rooms, 3-bathrooms, and balcony, on his vehicle.

He also needed a place to live. So he realized that the solution was easy. This is how Abinet Tadesse built a two-story with a three-bedroom house on his truck.

The house has 3 bedrooms, 2 living rooms, three bathrooms, and a balcony. Speaking in an interview with BBC News, The Ethiopian said he enjoys eating and spending time in his truck, which is one of the factors that motivated him to build on this form of transportation.

Abinet likes to eat and spend time in his car, and that is what inspired him to build a house on this truck. The home has bedrooms, living rooms, three bathrooms and a balcony with flower pots. The truck was once a freight carrier.

Building the home was not an easy task because it took him three years to complete this project. For him, what makes the house unique and different is the fact that he can move around with it. Tadesse explained that he was delighted to have implemented his ideas and to have invested them on his property. “There is no greater happiness than living in what you’ve built yourself,” he added.