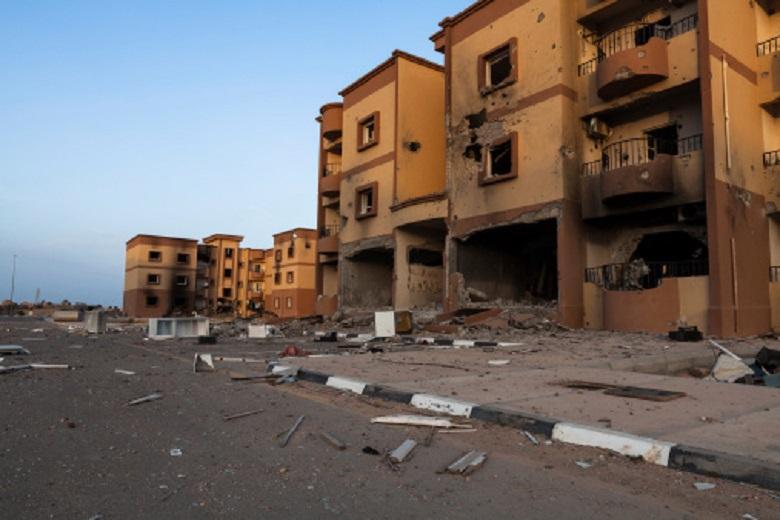 An Algerian expert in strategic studies and defense policy, Dr. Abdelkader Soufi, believes that “without the wisdom of all the actors involved and without a peaceful resolution, Libya will be the arena of all against all, the arena of World War III assured and without a winner”. The Algerian defense policy made the statement during an interview with Russia news-agency, Sputnik.

During his working visit to Moscow on 21 and 22 July, the Algerian Minister of Foreign Affairs Sabri Boukadoum warned in an interview given to RT Arabic about “certain behaviors that could lead, voluntarily or not, to the division of Libya”.

Pointing out the danger of a war hanging over Algeria, Egypt and Tunisia, direct neighbors of Libya, or on Chad, Niger, Sudan, and Mali, Mr. Boukadoum emphasized the need for a political solution in this country in accordance with “the principles of the Berlin conference, in which Algeria and all the Libyan parties took part”.

In an interview with Sputnik, Dr. Abdelkader Soufi, a lecturer at the University of Blida in Algeria and an expert in strategic studies and defense policies, warns against the risk that the Libyan conflict will serve as a detonator for a third World War. He denounces the Turkish intervention, which has further complicated the situation, sowing pitfalls on the way to a solution.

A third “World War assured and without a winner”

“The Libyan quagmire is a dangerous trap, a real chasm, a hecatomb for the armed forces,” stressed Dr. Soufi, who underlines that since 2011, “Libya has become a field of maneuver and confrontation of all kinds of internal interests with external nests”.

“Without the wisdom of all the actors involved and without peaceful resolution, it will be the arena of all against all, that of the 3rd World War assured and without a winner,” he warns.

Commenting on the words of the head of Algerian diplomacy, the expert points out that “despite the Berlin summit in January 2020 where the heads of state present subscribed to the principles of respect for the United Nations embargo on arms intended for Libya and non-interference in the conflict there, events contradict these agreements”.

And for a good reason, the specialist notes that in this conflict, “Turkey is trying to go it alone and seems to care neither about Europe nor NATO and even less about President Emmanuel Macron, who has accused it of criminal and historical responsibility in Libya”.

In this context, Dr. Abdelkader Soufi recalls the incident in the Mediterranean between the French frigate Courbet, on an official NATO mission to enforce the arms embargo, and the Turkish naval forces. The latter had opposed the control of a Tanzanian vessel suspected of transporting arms to Libya.

Indeed, according to Dr. Sufi, during the hearing of the Turkish ambassador in Paris by the Senate, while the latter had declared that the ship was loaded with humanitarian aid, “the president of the Senate affirmed that it was arms bound for Libya”. All the speakers “acknowledged the delivery of the weapons by sea, air and land and the use of mercenary melissa from Chad, Sudan, Syria, and Iraq,” he added.

“No partner, no sharing, no accountability is Turkey’s motto”

With the deployment of Turkish military experts and “more than 11,600 mercenaries” moved from Syria to Libya, “Turkey would reveal expansionist intentions or would be NATO’s new American subcontractor”, explains the expert.

“With plans to build military land and naval bases and centers for the rehabilitation and training of GNA forces [Government of national unity led by Fayez el-Sarraj], Turkey is revealing a secret pact made with the GNA, but above all a stranglehold on decision-making in Tripoli,” he maintains. “No partner, no sharing, no accountability is Turkey’s motto in Libya,” says the expert.

Finally, he considers that the Turkish intervention in Libya provoked the ire of partners within NATO, “especially since it has resulted in direct conflict with regional actors, especially with Egypt.” “A conflictual crisis which has created an electrified climate between Cairo and Ankara which suggests a war between these two protagonists,” he concludes.