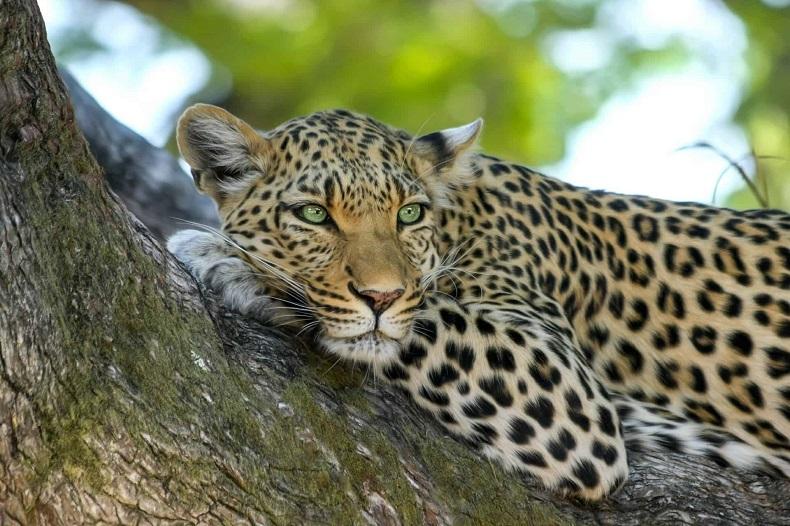 Father Isaiah Ntimane no longer gets the horrible sight of his 2-year-old son Courtney between the bloody jaws of a leopard. What should have been a cozy family dinner in the South African Kruger Park ended on Wednesday in an unprecedented drama. The smell of the barbecue attracted the predator to the garden of the Ntimanes, after which he jumped over a fence and struck a tree.

The family sat in the garden of their home in the national park in the evening, around eight o’clock, when it went terribly wrong. Father Isaiah walked in for a moment and left his son in the garden. He describes the icy cry he heard the moment the leopard bite into the darkness. “I closed the door of the house behind and suddenly heard screams outside,” says the grieving father. “I ran outside again to see what was going on and saw him in the mouth of the predator.”

Presumably, it has been the smell of fresh meat on the barbecue that has attracted the leopard. When the animal managed to get over the fence through a tree, little Courtney was an easy prey. “I had left him to play with his mother’s phone,” Isaiah said. The toddler was repeatedly bitten by the feline in the neck and body. The predator tried to drag the heavily bleeding boy across the fence to devour him in the dark.

Crying, Isaiah tells the local newspaper The Star how the leopard dropped Courtney when he approached him. The beast jumped over the fence and disappeared into the park. The terrified parents hurriedly brought their seriously injured son to the Shongwe hospital, but there was nothing left to do for the little fellow. Isaiah was deceased upon arrival. “They put him on a bed and looked into his eyes, but saw no sign of life anymore.”

The drama is even greater because the father normally lives alone in the park. His family lives outside the park and had come to the staff apartments especially for the barbecue. “It is very hard for my wife and me,” he says. “I no longer dare to leave my house to go to work. As soon as I come outside, I experience again what happened. The memory is just too painful.”

A gamekeeper has traced and shot the leopard to prevent new attacks.

Barely two days after the drama with the little Courtney, an estimated fourteen lions have been able to bypass the fences of the South African park. The escaped predators are now sneaking around a phosphorus line in Phalaborwa, reports South African channel News24.

Park managers try to trace the animals and have the task of catching them and bringing them back to the Kruger Park. “People from the phosphorus line and citizens are advised to stay alert at all times,” the local authorities advised.